Marriott CEO Arne Sorenson has died after a pancreatic cancer fight. He was 62 years old. 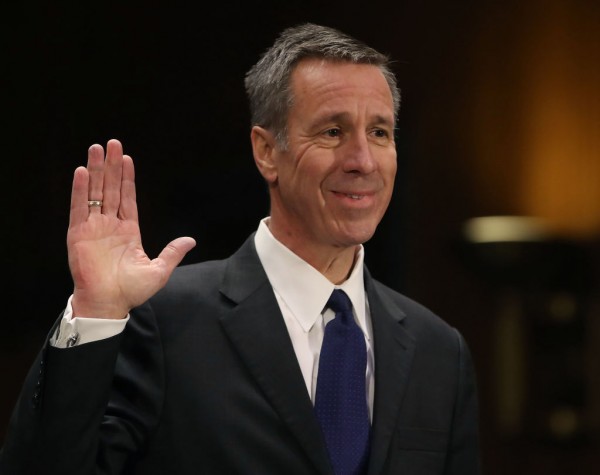 Marriott International's president and CEO Arne Sorenson died Monday after nearly two-year battle with his cancer. The sad news was announced by the the hotel chain on Tuesday.

Just two weeks ago, the company announced that Sorenson had to start reducing his work schedule so he can focus on cancer treatment instead. This is why his death is deemed "unexpected" in Tuesday's press release.

It can be remembered that Sorenson was only diagnosed with stage 2 pancreatic cancer back in May 2019.

Sorenson was described as an "exceptional executive, but more than that, he was an exceptional human being," by J.W. Marriott, Jr., the company's executive chairman.

"He had an uncanny ability to anticipate where the hospitality industry was headed and position Marriott for growth. But the roles he relished the most were as husband, father, brother and friend," J.W. Marriott, Jr., added.

The chairman closed his statement with, "We share your heartbreak, and we will miss Arne deeply." Sorenson was Marriott's third CEO but the very first from outside the founding family.

Under his helm, Marriot entered into a $12 billion merger between with Starwood in 2016. During his time working as the top executive, he garnered countless praises for his exceptional leadership skills. He was praised for how effective his leadership is "on difficult national and global issues."

Last year, even as he was fighting his own sickness, he made a statement about the COVID-19 pandemic and how it is affecting the company's operations in a March 2020 video, subsequently attracting worldwide attention for what he said.

READ MORE: How to Talk About Money When You're in a Relationship

He mentioned that many were concerned that he's making the video bald, it was quite normal given his treatments. Instead of wanting the focus on him, he said that he and his team were focused on overcoming the crisis. The hotel industry was badly hit, after all.

A message to Marriott International associates from President and CEO Arne Sorenson. pic.twitter.com/OwsF14TZgb

Marriott (MAR) executives Stephanie Linnartz and Tony Capuano filled in for Sorenson while he was on leave. Sorenson himself said he trusts the two of them greatly, before stepping back on his duties and focusing on health.

"Since my diagnosis, I've been working with a great medical team at Johns Hopkins to treat this cancer," said Sorenson, at the time.

"While I have worked throughout my treatment to date and plan to remain as engaged in the business as my health allows, the right thing to do for me, my family and the company is to focus on my health. I know Stephanie and Tony will work with Marriott's strong executive team to continue to move the company forward. I, along with my family and my medical team, remain optimistic about my prognosis and I plan to return full-time after the conclusion of my treatments."

Linnart and Capuano will continue to do so up until  a new CEO is announced. This announcement is expected to be named within the next two weeks.