The competition between Volkswagen and Apple is on. Apple reportedly has an electric car on the way that loyal fans are surely awaiting for, but Volkswagen is not afraid. The CEO himself said so. 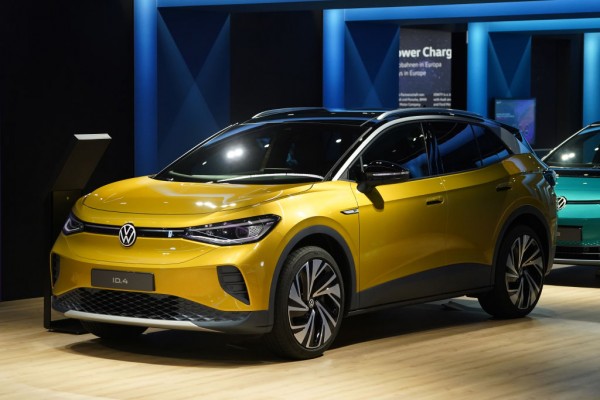 Volkswagen's CEO Herbert Diess said he is not intimidated with Apple's plans for an electric car, mainly because he does not think Apple can manage the EV sector that easily.

"The car industry is not a typical tech sector that you could take over at a single stroke," Diess said in an interview with German newspaper Frankfurter Allgemeine Zeitung. "Apple will not manage that overnight," he added.

For years, industry experts have been predicting that Apple (AAPL) will release its own electric, self-driving car. That conversation was further ignited in December 2020. That month, Reuters, citing insiders, claimed that Apple will be launching its own electric passenger vehicle by 2024.

It's not that impossible, since the company already secured a permit from the California Department of Motor Vehicles to test self-driving vehicles there, as early as 2017.

"There's just so much going on in [electric and autonomous vehicles] and connected tech," Morgan Stanley analysts wrote in a note to investors last year.

He said it is quite impossible that Apple, one of the most respected tech giants there is, not to enter this market."It is perhaps a fitting time of the world's most valuable company to play its hand in the $10 trillion global mobility market," Stanley said.

Volkswagen is already a strong contender in the electric car field. For it to react to possible Apple's entrance is natural. While Volkswagen is no Tesla in this young field, the car company was already able to sell 231,600 battery electric vehicles in 2020.

This is less than 50% of the number of sales Tesla made on the same year, but this represents a marked improvement from its 2019 sales. Volswagen's EV sales increased by 214% compared to the previous year.

This reveals how Germany's huge auto industry is beginning to be a strong competitor in this growing field.  Given this, when it comes to competition from Apple, the CEO has the right to say the company is not worried.

"We are not afraid," Diess told the German newspaper.

At present, there are many names speculated that Apple will tap to build this anticipated electric car. So far, none has been chosen yet.

Reportedly, Apple approached Nissan to build this said car, but the whole deal had to be halted after a massive disagreement.

According to Financial Times, Apple approached Japan's Nissan Motor Co Ltd in recent months about a tie-up for its autonomous car project, but a deal cannot be reached. A branding conflict took place, so the two have to part ways.

The contact was allegedly just brief and the discussions did not advance to senior management level, the report explained.

A few days ago, Bloomberg reported a few likely candidates to build the company's electric vehicle. The article actually cited Nissan as well. Other names mentioned are Foxconn, Magna, the European automaker Stellantis, Hyundai, and Kia.