'Game of Thrones' Billionaire Producer Dies on Christmas After Being Poisoned

The gaming tycoon was suspected to be poisoned by a colleague 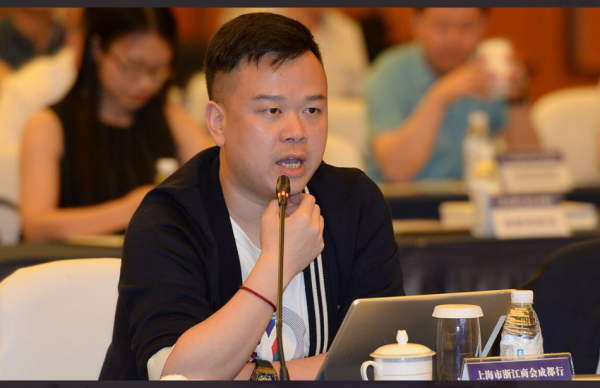 Lin Qi, a Chinese gaming tycoon, died on Christmas day. The police are investigating if Lin Qi was poisoned, as per CNN. On December 26, the Yoozoo company board of directors released a statement confirming the chairman and founder Lin Qi's death.

The statement said, "The supervisors, senior management, directors, and all employees of the company express their deep condolences on the passing of Mr. Lin Qi."

With the surname Xu, Lin's colleague has been detained in Shanghai following alert to a suspected poisoning on December 17, the authorities said in a statement. The police said that Xu was suspected of a significant crime.

Yoozoo issued a statement two days before Lin Qi died, saying that he had been admitted to hospital because of "physical discomfort." however, the gaming tycoon was in a stable condition and has improved. According to the Hurun Report global rich list, Lin's company was among China's leading mobile publishers based on the worldwide revenue. Yoozoo was believed to be worth nearly $1 billion.

Lin's company was founded in 2009. Yoozoo is known for its 2019 role-playing title "Game of Thrones: Winter is Coming." In 2014, Lin turned his attention to film production and bought the rights to the Chinese sci-fi novel "The Three-Body Problem," a trilogy of novels by Chinese author Liu Cixin

Yoozoo secured a deal with Netflix and adapted the book into a television series produced by D.B Weiss and David Benioff of "Game of Thrones" Fame.

During the treatment, the hospital determined that Lin was poisoned

At the age of 39, Lin Qi, executive producer of "Game of Thrones," died after being poisoned. On December 16, Lin was hospitalized, and doctors confirmed the gaming tycoon's cause of death. Lin Qi was killed on the exact Christmas Day, as per Fox News.

The police received a call from a hospital about Lin Qi at 5 PM on December 17. The hospital said that it had determined during the treatment that the patient was poisoned.

Then, the police started the investigation. Based on their interviews and studies on site, the police discovered that a suspect, a coworker of Lin Qi, surnamed Xu, was the most likely to be the perpetrator. Xu has been arrested as the investigations continue, according to The Hollywood Reporter.

Fox News reported that a source noted that local Chinese media said a dispute between Yoozoo's Group's executives resulted in poisoning crime, which allegedly was carried out through a cup of pu-erh tea Lin Qi drank.

However, there are no details about the crime or the person apprehended by the police that have been made available. On an adaptation of the famous science fiction novel for Netflix, Lin supposedly continues working with Weiss and Benioff.

In September, the Emmy winners announced that they are on board the project as one of their first TV projects following the controversy about the "Game of Thrones," in May 2019.

Weiss and Benioff signed a reported $200 million production deal with Netflix in August 2019. The deal exclusively made content for the streaming service. Representatives for Benioff, Weiss, as well as Netflix, have not yet responded to Fox News' request for comment.