Elon Musk Plans to Start New Company? Here's What it Does

Elon Musk is the CEO of multiple companies such as Tesal Inc., SpaceX, Neuralink, and The Boring Company. They might be different, but these companies have one thing in common: solve problems humans face or will soon face and let everybody look towards a brighter future.

Musk seemed to float the idea of having a parent company 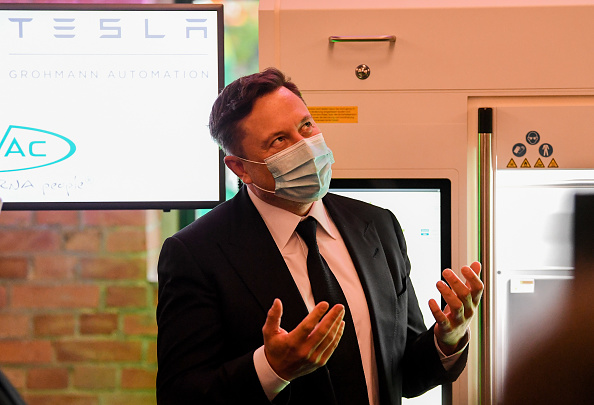 (Photo : Filip Singer-Pool/Getty Images)
Elon Musk In Germany BERLIN, GERMANY - SEPTEMBER 02: Tesla and SpaceX CEO Elon Musk presents a vaccine production device during the CDU/CSU faction meeting the Westhafen Event & Convention Center on September 2, 2020 in Berlin, Germany. Germany. Musk is currently in Germany where he met with vaccine maker CureVac, with which Tesla has a cooperation to build devices for producing RNA vaccines, yesterday. Today, he is rumoured to also be visiting the site of the new Gigafactory under construction near Berlin.

According to Yahoo Finance, SpaceX, Neuralink, and The Boring Company remain privately held, except for Tesla. SpaceX talked regarding spinning off Starlink into an IPO. Currently, Starlink is launching a satellite-based internet solution aiming to service the internet to rural consumers or those out of reach of land-based internet connections.

Meanwhile, The Boring Company urges to dig tunnels underground to upgrade traffic congestion. Dave Lee, a Tesla investor, suggested to Elon Musk to build a parent company that will hold his multiple companies, called X. The proposed holding company would work for Musk's several ventures; reportedly, Musk is more likely to be intrigued.

Back in 2015, Google was restructured. Alphabet became Google's parent company, along with its other subsidiaries.

Daily Mail reported that Elon Musk revealed he approached Tim Cook to know if Apple is interested in buying Tesla. However, Tim refused to take his meeting. When Tesla was in severe financial difficulty and worth 1/10 of its current value, Musk said he approached Cook. But the world's second-wealthiest person did not mention when he asked Apple's CEO, Tim Cook. Since 2014, the iPhone maker's automotive efforts, Project Titan, proceeded unevenly when it first started to build its own vehicle from scratch.

Brett Winton, a tech analyst, said Apple worked on iCar that could be out in 2025. Winton said they watched Tesla's battery day Livestream. He took notes, which he claims leaked to Reuters.

Reuters' Monday report says that Apple plans to utilize a unique 'mono cell' design bulking the individual cells in the battery and frees up space of a battery pack by eliminating modules and pouches that hold battery materials.

Besides, Apple's design means more active material can be packed inside the battery, enabling the car to have a more extended range, as per Reuters. Apple examines chemistry for LFP, battery, or lithium iron phosphate that is less likely to overheat and is safer than other kings of lithium-ion batteries.

Tesla Model 3 was launched in 2017, which caused huge issues for the company, with extensive delays and delivery and production issues. The company posted profitable quarters in the second half of 2018 but struggled again in early 2019.

In 2019's third quarter, Tesla turned the corner and started posting consistent profits, which Tesla's have seen to soar. Now, Tesla is the world's most valuable automaker with more than $600 billion in market cap.

On Tuesday, Tesla's stock was down as much as 2.2% after claiming shares are overpriced when it became part of the S&P 500 index. In an interview on CNBC, Vitali Kalesnik, partner and head of research in Europe at Research Affiliates, said, "Tesla stock has very strong signs of being overpriced."