The auction house duopoly Christie's and Sotheby's, brought sellers and buyers together for centuries to compete with bidding wars. Some of the major auctions set records for different artists in a single night, though the art market experienced ups and downs with the wider economy.

Here are some of the items that has been the most expensive sculptures ever to sell at an auction, according to CNN:

"L'Homme au doigt" by Swiss sculptor Alberto Giacometti was auctioned for $141.3m at Christie's in New York City on May 11, 2015, setting the record for most expensive sculpture sold at an auction. https://t.co/NGgoVNnSCa pic.twitter.com/C0yQrRw72b

The six-foot-tall bronze painted sculpture of a man pointing was on the market in 1970. The sculpture was sold in Christie's New York in 2015 at the price of $141.3 million. According to the New York Times, Steven A. Cohen, hedge fund billionaire, bought the world-class work, which experts know its other versions of the same sculpture in the holdings of London's Tate Gallery and the Museum of Modern Art in New York.

.@alykhansatchu L'Homme qui marche I (The Walking Man I), by Alberto Giacometti (1901-1966), is a bronze-cast sculpture of a 6 foot tall man, mid-stride https://t.co/FJWEvJASiv pic.twitter.com/dM9gaCj9Ye

In 2010, L'Homme qui marche l was sold in Sotheby's auction to Lily Safra, a billionaire philanthropist at the price of $104.3 million, as per Bloomberg News.

Albert Giacometti is best known for his elongated representations of the human form, including 'L 'Homme qui marche I' which means in english "Walking Man I. Giacometti experimented with Surrealism and Cubism on forms of primitive art, toys, and psychoanalytic theory. He also had a radical revision of the representational tradition in sculpture, as per Artsy. 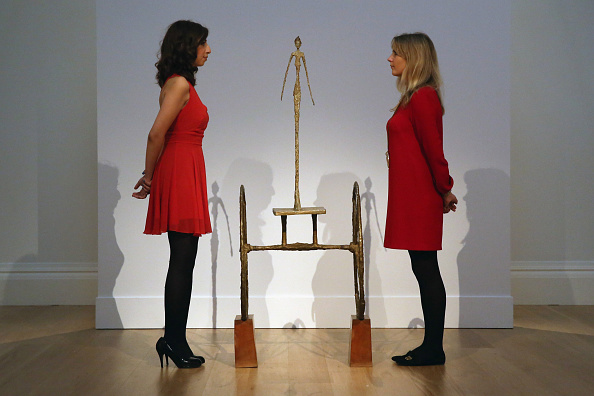 (Photo : Carl Court/Getty Images)
Sotheby's Prepare For Frieze Art Fair LONDON, ENGLAND - OCTOBER 10: Employees pose next to a sculpture by Italian artist Alberto Giacometti entitled 'Chariot' during a press preview at Sotheby's on October 10, 2014 in London, England. Due to be auctioned in New York on November 4th, it is expected to fetch in excess of 100 million USD

Steven A. Cohen proved his love for sculptures as he also has this worth $101 million item by Alberto Giacometti. 'Chariot' was sold in Sotheby's New York in 2014. 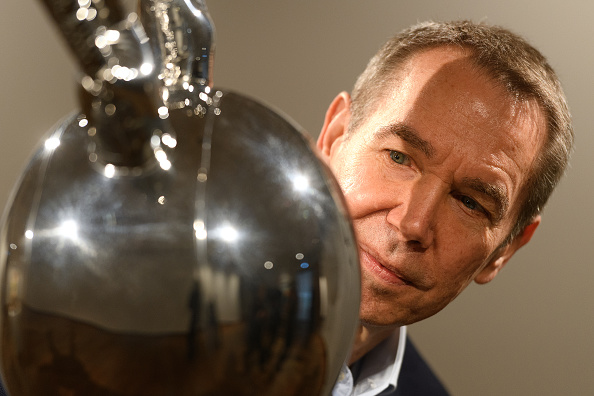 (Photo : Leon Neal/Getty Images)
Controversial Artist Jeff Koons Exhibits At The Oxford Ashmolean Museum OXFORD, ENGLAND - FEBRUARY 04: US artist Jeff Koons looks towards "Rabbit" for photographers during the press launch of an exhibitions of his work at the Ashmolean Museum, on February 04, 2019 in Oxford, England. "Jeff Koons at the Ashmolean" runs from February 7 to June 9, and includes seventeen of his works, fourteen of which have never been exhibited in the UK before.

The father of Secretary of the Treasury Steven Mnuchin, Robert Mnuchin bid on behalf of Steven A. Cohen, bought the sculpture 'Rabbit' by Jeff Koons worth $91 million in May 2019.

The Victorian painting portraying two women in love lost in history. During the 1980s, the painting was created by an artist who previously was a stockbroker, an exact copy of the inflatable toy exemplifies a whole body of work,but others say it's an arch commentary on consumer culture.

In 2018, 'La jeune fille sophistiquée was sold for $71.2 million in Christie's New York. the piece had been off the market since 195. The seller bought it directly from the artist and sold it to the second person to own the piece.

According to Christie's catalog, Cunard said, "There was one (sculpture) in wood, the other in bronze, both utterly unlike what I take to be my 'line,' but exquisite things."

Read also: How Cinema Industry Changed Due to COVID-19