How Cinema Industry Changed Due to COVID-19

For cinemas, you could call 2020 a year of losers as this year was set to surpass as studios postponed their big movies due to cinemas being shut. Cinemas are strategically striving to reopen, but there are no movies to put on. 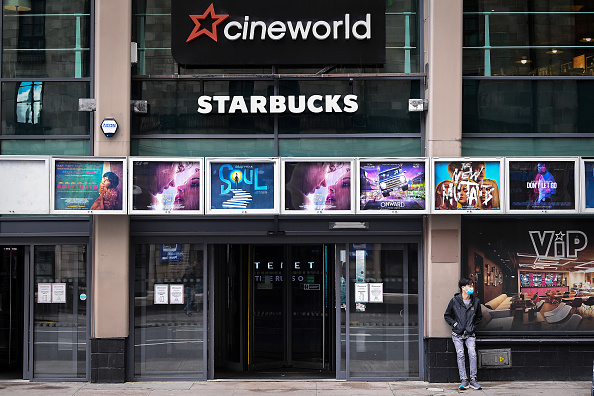 (Photo : Jeff J Mitchell/Getty Images)
Cineworld Closes All UK And US Cinemas GLASGOW - OCTOBER 05: Members of the public walk past the Cineworld cinema in Renfrew street on October 05, 2020 in Various Cities, . The movie theatre chain confirmed closure of 127 cinemas in the United Kingdom and and 536 in United States. The company said that, as the industry grapples with the Covid-19 pandemic, it cannot provide its customers with the "breadth of strong commercial films necessary for them to consider coming back to theatres".

The overriding movie story this year is one of cinema's losses and streaming platforms' gains. At the beginning of 2020, the chief is concerned if Disney will rule Hollywood forever. Sadly, Disney posted multibillion-dollar losses and had to conduct a "bloodbath" of personnel, as per The Guardian via MSN.

The streaming service Disney+ is Disney's one consolation. It was launched in March as the world was hunkering down at home, the streaming platform targets 50 million subscribers by 2022, but it gains 73 million within nine months.

This year, Hollywood's primary pursuit has caught up with Netflix. Major players shifted from cinema into streaming platforms, including Paramount+, Universal's Peacock, and Warner's HBO Max.

Warners took the hit with Tenet and is set to release Wonder Woman 1984 simultaneously in cinemas in the U.S. and on HBO Max. In December, it announced that it is doing the same for all 17 of its 2021 releases, including The Matrix 4, Dune, and The Suicide Squad.

Meanwhile, smaller films benefited from the blockbuster's absence. But the lack of film festivals also affected the non-blockbuster end of the market.

Competition grows ever fiercer, and streaming might not be so bright either. When the time comes that cinemas and other industries reopen, people might pamper themselves by experiencing going out from their houses again.

Read also: Be Ready! These 6 Trends Will Drive Every Business in 2021

Why cinema will survive the pandemic

In Japan, theaters are open, and social distancing rules have been softened. Last week, India just allowed the reopening of cinemas for the first time since the pandemic started.

In early October, the U.K.'s biggest exhibitor announced all its venues were temporarily closed. It's fair to say that overall, the United States has been more risk-averse among others, as per Bloomberg. To gain audiences back, big chains touted their upgraded ventilation and other cleanliness measures. However, the public chose to stay at home as members of the audience might sit far apart, but they will still be in an enclosed space for two to three hours.

Unfortunately, people lack good data regarding COVID-19 transmission in cinemas. During the 1917-1918 flu pandemic, most people were shuttered, which came closer to killing the theater industry. Over the next few years, public health officials wondered if it is possible to make theaters safe. There has been much debate if movies were just another entertainment for the public or cultural institutions of growing importance.

According to NY Post, theSenate and the House of Representatives earmarked $15 billion on its relief bill for life event venues, cultural institutions, and independent movie theaters hit hard by the COVID-19 pandemic.

Suppose the bill is passed and signed by President Donal Trump. In that case, it will also expand the eligibility of the Paycheck Protection Program (PPP) to include radio broadcasters, local TV, and newspapers.

Aside from giving some financial support to companies in the entertainment industry, the $900 billion COVID relief bill will also provide direct payments of $600 per person to American families and local municipalities fundings, as well as money for vaccine distribution. A vote is expected on Monday while the bill is still being written. It also needs to pass both the Senate and House and be signed into law.