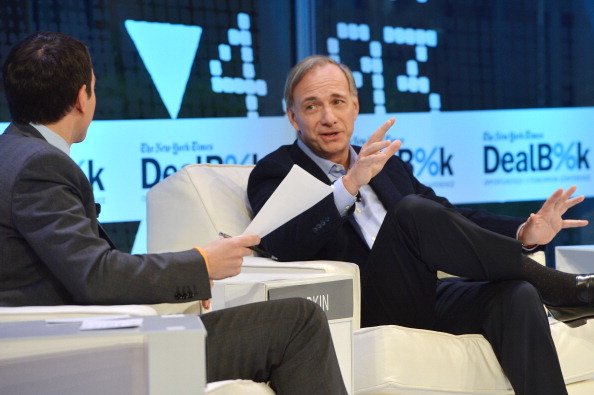 On Twitter, Ray Dalio wrote Friday night, "It is with great pain that I am sharing with you that my 42 year old son was killed in a car crash yesterday. My family and I are mourning and processing and would prefer to be incommunicado for the time being."

On Thursday, Devon Dalio was killed in a car crash in Greenwich, Connecticut; a family spokesperson told the media Friday. Devon was driving his Audi sedan when it crashed into a Verizon store at the Riverside Commons shopping center. According to the Greenwich Time, the vehicle burst into flames, Greenwich police and Fire Chief Joseph McHugh said.

It is with great pain that I am sharing with you that my 42 year old son was killed in a car crash yesterday. My family and I are mourning and processing and would prefer to be incommunicado for the time being.

Devon died when his Audi sedan crashed on a store

Meanwhile, Daily Mail reported that Devon, 42, son of hedge fund founder Ray Dalio had crashed his Audi sedan into a store at a shopping center. However, the crash's cause is still under investigation, Mark Zuccerella, Greenwich Police Department Public Information Officer, said.

On the other hand, the Verizon store was largely destroyed, as per the Connecticut Media. The billionaire founder of Westport, Connecticut's Bridgewater Associates, famous as the world's largest hedge fund, said his family is mourning and processing. He added that they would prefer to be incommunicado at the moment.

Devon Dalio worked as a project manager at Bridgewater Associates as per his LinkedIn page. The billionaire's son also served as a board member of the Dalio Foundation. Aside from his parents Ray and Barbara Dalio, Devon has survived by a wife, daughter, and three brothers.

Connecticut Governor and a Greenwich resident, Ned Lamont, released a statement where he said that Devon's death was "devastated." Lamont explained that as parents, he could not imagine the sadness and grief of their loss. The Governor sent prayers to Ray and Barbara, who have been champions for Connecticut's children.

Ray has studied the habits and personalities of leaders

The effort was made to understand what sets particular leaders apart from ordinary people. Dalio often cited common threads in these leaders' personalities; he told television host Graham Bensinger. When Dalio administered a personality test with Elon Musk, he was struck by the Tesla CEO's curiosity and willingness to learn.

Musk had to learn about rocketry to launch SpaceX. Therefore, he put almost $100 million of his payout from the 2001 sale of PayPal sale to launch the aeroscope company because of his eagerness to establish human settlements on Mars.

Read also: Cyberpunk 2077 and Sony Backlash: How Can You Get Refund?