Honda Motor is conducting a recall of more than 1.4 million vehicles in the United States to repair various issues. The cars to be recalled have malfunction that can break, window switches causing the vehicles to overheat, and a software problem. 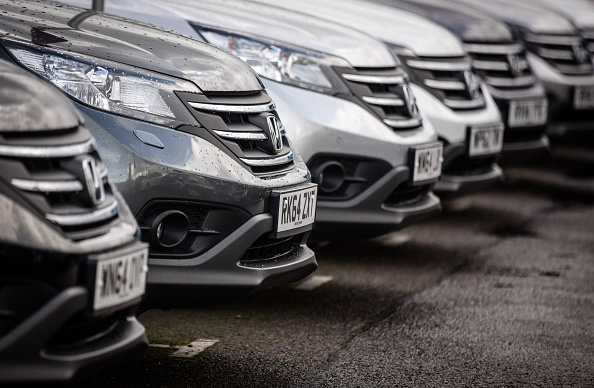 (Photo : Matt Cardy/Getty Images)
UK Car Sales Up 8.6 Per Cent Year on Year BRISTOL, ENGLAND - OCTOBER 06: Honda cars are offered for sale on the forecourt of a main motor car dealer in Brislington on October 6, 2015 in Bristol, England. Latest data from the Society of Motor Manufacturers and Traders (SMMT) show a record 462,517 new cars were registered in the UK last month, a 8.6% year on year increase, and that total sales in the year to date have hit 2,096,886, 7.1 percent higher than the same point last year and the first time the two million mark has been passed in September since 2004. The figures also showed a slight drop in the levels of drivers choosing diesel-engined cars, claimed in part to be due to the scandal that has surrounded Volkswagen and the disclosure that they cheated emissions tests on their diesel cars.

A total of 737,000Accords from 2018-2020 and Insights from 2019-2020 will be recalled due to software flaws. According to ABC News, the programming issue in a control computer can cause the rear camera, windshield wipers, and turn signals to malfunction.

In late January, owners will be informed regarding when they should take their vehicles to a dealer to conduct a repair.

Meanwhile, two driveshaft recalls of 430,000 2013 through 2015 Honda Accord 2013 through 2015 Acura ILX and Honda Civic Hybrids from 2012, and 2007 through 2014 Honda Fit. The drive shafts can break because of corrosion, wherein 22 states use salt to clear roads during winter. Dealers will observe the right and left drive shafts and will replace them if needed.

However, the parts to be replaced in the vehicle's left and right shafts are not yet available, as per ABC News. An initial notification will be given to the owners in February and informed later when to go to a dealer.

Nearly 268,000 CR-Vs from 2002 through 2006 are included in the recall due to power switch issues. With such malfunction, CR-Vs could cause electrical short or touching off a fire as water can get into an open driver's window. The recall of power switch vehicles has been the second time for the same flaws. In October of 2012, the vehicles were recalled, but the repairs did not take effect. The company says it has reported 16 fires but no injuries included.

As soon as they get a recall notice, owners should take their SUVs for repairs, as per Honda. Notification will be mailed in late January.

The Standard reported that the Japanese automaker conducted a prior recall in 2012 regarding the power window master switches. The latest recall will be a response to switches' moisture-related failures, which were repaired under the previous campaign.

Honda issues recall U.S vehicles in 22 states and the District of Columbia with several road salts used to inspect and possibly change front driveshafts. The company says there are no injuries reported in relation to any of the recalls.