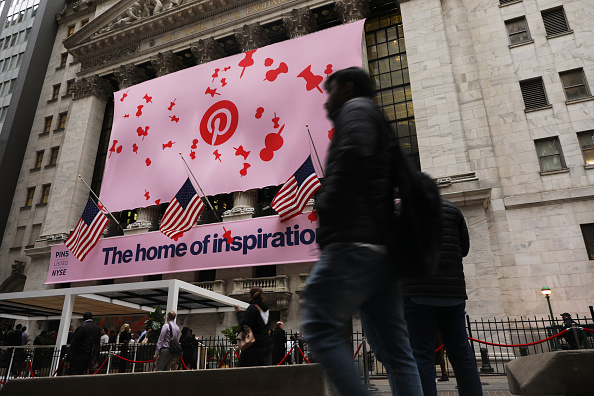 Its former Chief Operating Officer Francoise Brougher sued the online platform for allegedly maintaining a culture of secrecy among top male executives that resulted in Brougher being left out of the meetings and decision-making.

In a blog post titled: "The Pinterest Paradox: Cupcakes and Toxicity," Brougher outlined her experience and accused Pinterest of having a hostile work environment for women.

She added that female executives, even those at the highest levels, were "excluded, marginalized, and silenced."

The post prompted an outpouring and similar stories from other female executives, she said. More than 200 Pinterest employees virtually walked out that week in support of Brougher, Shimizu Banks, and Ozoma, protesting Pinterest's culture and policies.

Ms. Brougher is also a former executive of Alphabet Inc.'s Google and Square Inc. In 2018, she was hired as Pinterest's first operating and top female figures at the social media company. In April, Brougher was fired, as per Fox News.

In a joint statement with Brougher, Pinterest said that it recognizes the value of fostering a workplace environment that is equitable, diverse, and inclusive. It says it will continue its actions on improving its culture. Without admitting any liability, the company settled the lawsuit.

The social media company will pay Brougher and her attorneys $20 million. It will also have a $2.5 million investment in advancing women and underrepresented communities in the technology industry, as per the statement.

Pinterest was publicly accused of gender and racial bias

According to the Seattle Times, Pinterest and Ms. Brougher's agreement might signal Silicon Valley a shift in handling lawsuits about gender and racial discrimination.

Brougher's lawyer David Lowe said that the agreement with Pinterest was remarkable for its size, charitable components, and public announcement. Lowe added that private settlements and trial verdicts for discrimination cases might be larger than Brougher's. Still, settlement verdicts could be appealed and settled for lower amounts while settlements do not hold the companies liable in the same way.

Besides, the agreement provides partial compensation for Ms. Brougher's loss of income, he explained.

For months, the virtual pinboard company has been under scrutiny for its way of managing its employees. In August, Pinterest was sued by Brougher in San Francisco Superior Court for sexist treatment.

Pinterest has been publicly accused of instances of gender discrimination as well as racial bias. In June, two of its former Black female employees, Aerica Shimizu Banks, and Ifeoma Ozoma, said they were paid less than their male counterparts and were fought back against voicing out the truth.

The criticism prompted a wave of support as staff posted messages in slack channels and pushed for improvements in the company's culture.