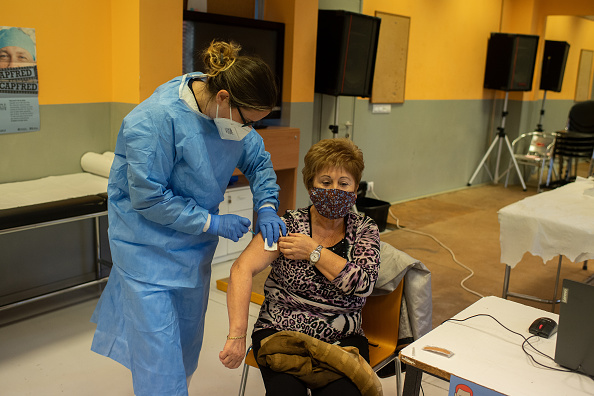 A report titled, "Vaccine Market By Technology, Indication, and End Use: Global Opportunity Analysis and Industry Forecast, 2020-2027," was published by Allied Market Research. The rise in the prevalence of infectious diseases, surge in R&D activities to develop new vaccines, and increased immunization programs worldwide, driving the growth of the global vaccine market. But longer timelines needed for vaccine production and high-cost-related to vaccine development hinder the market from growing.

Meanwhile, the rise in healthcare spending and growth opportunities in emerging markets made new prospects in the coming years, as per PR News Wire. The conjugate and recombinant vaccines segment maintained its dominant share for the highest market share and will retain its dominant share regarding revenue during the forecast period.

The segment is also expected to grow at the highest CAGR from 2020 to 2027 at 7.7%. The rise owes to the prevalence of infectious disease and the increasing numbers of regulatory clearances.

The pediatric vaccine to maintain its lead position

The pediatric vaccines accounted for the highest market share in 2019 based on end-user. This segment contributed to nearly half of the global vaccine market and is assumed to maintain its leading position during the forecast period.

The robust stance is due to the increased demand for pediatric medicine against multiple diseases. But the traveler vaccine is projected to witness the fastest growth of 7.3% from 2020 to 2027 due to its critical benefit of minimizing the risk of exposure to various diseases linked with people traveling to different regions.

North America holds the highest vaccine market share in 2019, with almost two-fifths of the same year's global vaccine market. The surge is linked to infectious diseases such as MMR, DTP, influenza, and other conditions. Besides, there is a surge in awareness of the immunization and development of new vaccines that drive the market's growth in the region.

On the contrary, the Asia-Pacific region is expected to register the most considerable CAGR during the forecast period, at 8.1%. The extensive untapped opportunities, including increased disposable income and expanding healthcare budgets, helped the region dominate in the vaccine market. Below are the leading market players:

Vaccination is another way to increase the human lifespan

According to Yahoo News, vaccination helped the average human lifespan grow significantly. Throughout the world, vaccines have transformed public health primarily for children. In the U.S., diseases such as Hepatitis (Hepatitis A and Hepatitis B), Influenza, Rotavirus, Polio, Pneumococcal conjugate, DTap, Hib, Varicella, MMR, and HPV, influenza is the most common viral infection. Meanwhile, Quadrivalent is the most common flu vaccine in the U.S., which was licensed in 2012.

Influenza can be caught anytime in the year, but it usually spreads between May to October. To increase the awareness and the importance of vaccination in the country, the month of August celebrates National Immunization Awareness. These awareness and government initiatives helped prevent 2-3 million annual deaths, as per the World Health Organization (WHO). There is no other health intervention like the powerful and cost-effective vaccines.

Read also: Monulparivir: New Antiviral Drug That Completely Suppresses the Transmission of the COVID-19 in 24 Hours