Pfizer Inc. announced that the Food and Drug Association (FDA) granted priority review to its biologics license application that seeks approval for its 20-valent pneumococcal conjugate vaccines for adults. 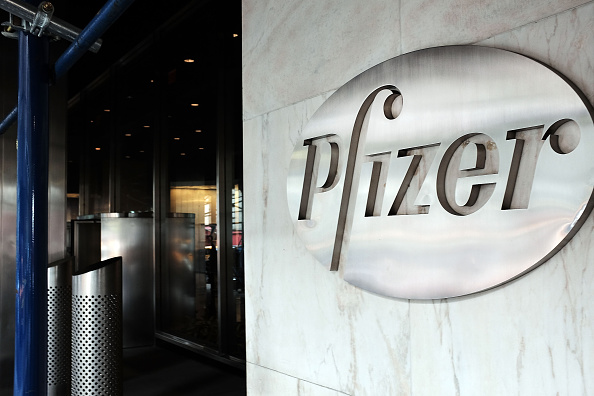 (Photo : Spencer Platt/Getty Images)
Pfizer In Merger Talks With Allergan PLC NEW YORK, NY - OCTOBER 29: The Pfizer headquarters in New York City stands in the heart of Manhattans business district on October 29, 2015 in New York City. Ireland-based Allergan confirmed October 29, that it has been approached by the U.S. drug company Pfizer and is in talks regarding a potential deal. These are just the latest two pharmaceutical companies to start early dealmaking talks.

According to NASDAQ, the FDA granted priority review, which is expected to release in June 2021. Pfizer's v includes 13 serotypes in its well-known 13-valent pneumococcal conjugate vaccine, seven serotypes, and Prevnar 13.

This year, Pfizer's shares rose to 8.6% compared with the industry's 2.8% increase. The share price increased primarily because of Pfizer and its Germany-based partner BioNTech's rapid development and regulatory plans for its COVID-19 vaccine candidate.

In the United Kingdom and Bahrain, the COVID-19 two-shot vaccine was approved for emergency use this month. The drugmaker giant also filed for emergency use in the U.S., India, and E.u. Besides, the companies initiated rolling submissions with Australia, Japan, and Canada regulatory agencies.

Readl also: Why a COVID-19 Vaccine Won't Be a Magic Bullet for the Economy Any Time Soon

In the past month, Pfizer stock increased to more than 20% on the enthusiasm that it will be the first drugmaker to bring scientifically validated COVID-19 vaccine worldwide. Pfizer's commercialization efforts also generated tens of billions of dollars in potential revenue, as per The Motley Fool via MSN.

Many investors are aiming to get rich off of Pfizer's stock with its shares gaining momentum. However, Pfizer and BioNTech's messenger RNA coronavirus vaccine achieved 95% efficacy in late-stage last month.

Initially, Pfizer's COVID-19 vaccine was initiated to patients in the U.K. and is awaiting EUA by the FDA and approval by the European Medical Agency. Pfizer is expected to make 50 million doses of COVID-19 vaccines and another 1.3 billion by the end of 2021.

There is a lot of revenue potential at the price tag of $19.5. Aside from that, Pfizer; score operations perform handsomely, as per Motley Fool. On November 16, the drugmaker giant completed the generic drug business Upjohn's spin-off to form Viatris.

This year, Upjohn's revenue dropped by 18% for more than a year as the FDA approved a record number for generics as an initiative to crack down high drug pricing. Pfizer's core business is currently consisted of brand name oncological drugs, anti-infectious disease treatments, cardiovascular treatments,, and biosimilars.

During its biopharma sales grew by 4% compared to 2019 with $10.2 billion. For the full year, the new Pfizer expects to bring in $42.4 billion in sales and $2.38 in earnings per share. The company projects can grow its revenue to more than 6% yearly from now through 2025.

Read also: Monulparivir: New Antiviral Drug That Completely Suppresses the Transmission of the COVID-19 in 24 Hours