DoorDash had an explosive growth this year with the initial public offering of its stock. 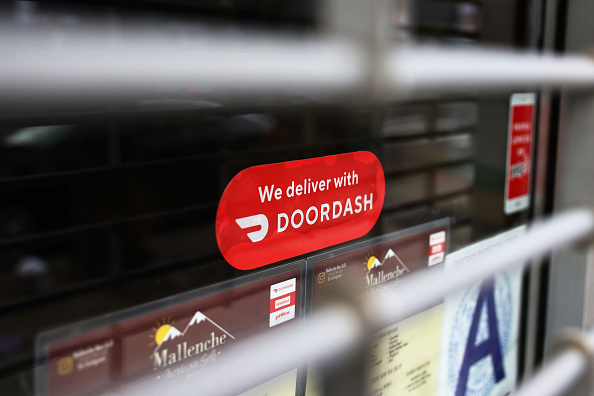 The company aims to keep the momentum going, although demand for food delivery eases in a post-pandemic world. According to CBS News, the San Francisco-based company raised a $3.4 billion offering in its Wednesday debut. DoorDash priced its shared late Tuesday at $102 each with a total company value of almost $39 billion.

Under the symbol, 'DASH' DoorDash will trade in the New York Stock Exchange. In 2013, DoorDash was founded by CEO Tony Xu and some of his classmates at Stanford University when they were setting up a website and started posting local menus. A few hours later, the team got their first order: pad thai with prawns with a spring roll side dish.

More than 900 million orders have been placed by the customers since then. The company offers delivery from about 390,000 merchants in the United States, Australia, and Canada. The service was empowered with one million delivery drivers, who are classified as independent workers.

Before the COVID-19 pandemic, DoorDash was already blooming its career with the help of the customers' growing preference for dining. In 2018 and 2019, the food delivery company's revenue exceeded tripled with the amount of $885 million.

However, due to lockdown orders and indoor dining's mandatory closures, DoorDash became indispensable for many diners and restaurants this year. They have reported revenue of $1.9 billion in the first nine months of 2020.

DoorDash prices IPO at $102 a share ahead of debut

DoorDash's market debut on Wednesday revealed it had sold stock for $102 per share, which doubled the company's valuation. The food delivery giant's pricing came above its target price range of $90-$95 per share, a revised target last week from $75-$85 a share, as per the NY Post.

At the end of a red-hot year for tech IPOs, DoorDash will start trading on the New York Stock Exchange. A day ahead of Airbnb's market debut, the listing will come, followed by a blockbuster offering from Silicon Valley firms, including cloud-storage startup Snowflake and data-mining titan Palantir.

During the coronavirus pandemic, DoorDash, as well as other food-delivery firms, boom as demand for takeout surged among lockdown customers.

DoorDash's stock will be more expensive than rival Grubhub, whose shares were at $66.87 on Tuesday, as per CBS News. But in 2019, DoorDash reported a net loss of $667 million. The food delivery giant said it turned its profit of $23 million in the second quarter of 2020 but was followed with a $43 million loss in the third quarter.

According to the government securities filing, DoorDash expects to continue massive spending as it attempts to expand internationally and add non-food businesses to its platform. The company has also been candid regarding the effect of the COVID-19, saying it assumes its growth rate to slow in the next quarters as the coronavirus pandemic ends.

Read also: Ikea Kills Off Remarkable 70-Year Catalog, By Doing it All Online