Ikea Kills Off Remarkable 70-Year Catalog, By Doing it All Online 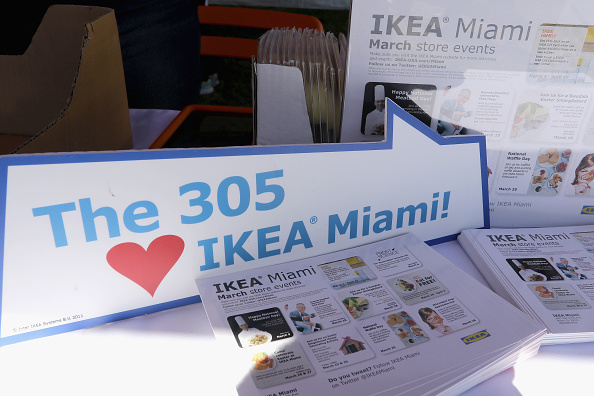 The company said the thick compendium of affordable knickknacks, sofas, and housewares would leave its phenomenal 70 years of legacy. The famous catalog gave people across the world the chance to reimagine their house, with everything from beautiful chairs and shelves to a redecorated kitchen.

Konrad Grüss, managing director of Inter IKEA Systems B.V., said, "For both co-workers and customers, the IKEA Catalog is a publication that brings a lot of memories, emotions and joy."

Grüss said that the catalog had been one of their most iconic and unique items that have inspired billions of people worldwide. Ikea's catalog served as a road map for many clients and gave shoppers a wish list to help them focus and probably preempt notorious 'couple's fights' in Ikea's stores.

Besides, the furniture giant eased life's changes to every person who outfitted a new place to live and made space for a family member or embraced a new look. However, Gruss said people are not using the catalog like before as they cited changes both to how people shop for home items and the way people consume media.

The managing director added, "IKEA is already increasing digital investments while interest and volume in the catalogue have decreased." The company said that ending the catalog's production was an "emotional but rational decision."

In 2016, from 285,000 copies, the Ikea catalog grew in its first year to 200 million copies, which became the famous catalog's most significant year as well as Ikea's. At its height, the company produced almost 70 versions of the catalog in 32 different languages.

Ikea said that its online sales grew by 45% worldwide, last year, as shoppers made more than 4 billion website visits.

But last year, Ikea says, its online sales rose by 45% worldwide, with shoppers making more than 4 billion visits to its website, IKEA.com. Grüss said that the decision of phasing out the catalog was part of the company's plan to "meet customers wherever they are."

According to UPI, Ikea shifted to embrace more digital media as print readership declined. The statement added that Ikea was forced to embrace online shopping amid the coronavirus pandemic following initial resistance. Over the 2020 fiscal year, Ikea's online retail sales skyrocketed to 45%.

In October, Ingka Group, a holding company with 378 Ikea stores across 30 markets across the world, announced that the furniture giant had robust retail sales despite the pandemic probably because people spent more time in their homes and realized they need to improve their surroundings.

In 1943, Ingvar Kamprad founded Ikea at the age of 17 in Southern Sweden after his father gave him a small amount of money for doing good with his studies despite being diagnosed with dyslexia.