Walt Disney Co. plans to increase layoffs to 32,000 by the end of March. 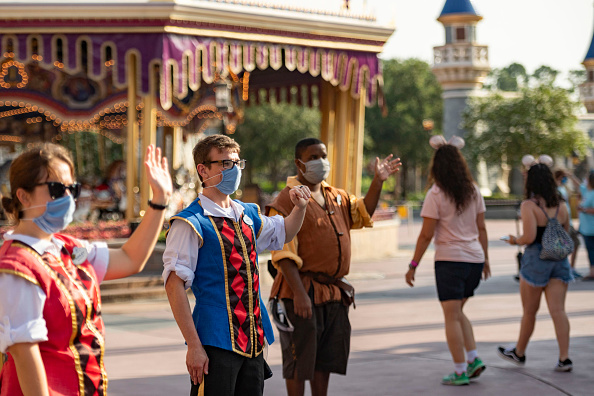 According to CNN Business, more than 4,000 were previously announced as the COVID-19 pandemic continuously hammering its parks and resorts business. On Wednesday, tDisney's additional layoffs were disclosed in a filing to the U.S. Securities and Exchange Commission.

Around 223,000 people are employed with Disney, as per its most recent annual report. In September, the company already announced plans to cut almost 28,000 jobs.

The media entertainment giant noted that it might also be forced to scrap its dividend and reduce contributions to pension and retirement medical plans in the future. Disney added that it could slash investment in film and television productions, as well as terminate even more employees.

Disney (DIS) said in the filing that some of the measures may have an adverse effect on their businesses.

The coronavirus pandemic slammed Disney's park business. Its park business has over 100,000 employees in the United States and has been forced to suspend cruise ship sailings and delay film releases, including "Black Widow," which is assumed to be one of the biggest blockbusters of 2020.

In September, the news came that the company is preparing to cut thousands of more jobs. Senator Elizabeth Warren and Abigail Disney have condemned the company for the planned layoffs.

Abigail Disney is the granddaughter of Roy O. Disney, Walt Disney Co.founder, who founded the company in 1923 with his brother Walt Disney.

Senator Warren claimed that Disney is making "short-sighted" business decisions, rewarding shareholders and executives through "hefty compensation packages," dividend share buybacks, and payments in the years that would lead to the crisis.

Between March and May, all the twelve Disney parks in North America, Europe, and Asia were closed. At the same time, Disney has since reopened theme parks in Florida and Shanghai.

On the other hand, its flagship park in California will remain closed until the end of 2020. Late last month, Disneyland Paris was forced to reclose when France implemented a second nationwide lockdown.

On the brighter side is its Disney+ streaming service, which now has almost 74 million subscribers and becomes the center of the business after an overhaul of its media and entertainment services.

In an earnings statement last week, Disney CEO Chapek said that its direct-to-consumer business is the "key" to the company's future.

Disney had a loss of $2.8 billion this year to September 30, which marks an intense reversal from the previous year when Disney reported a $10.4 billion profit.