Asian Americans were hardest hit by unemployment as an effect of the COVID-19 pandemic, a new study found.

According to Business Insider, the University of Kansas researchers said that Asian Americans, specifically those with less education, were "more negatively impacted by the lockdown than other racial groups, immigration status, net of education, and other covariates." 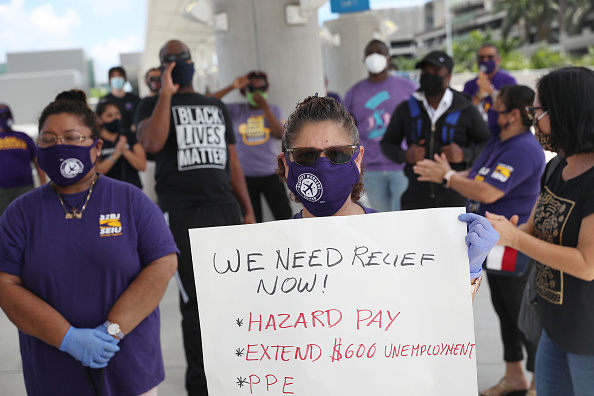 A co-author of the study and sociology professor at the University of Kansas, ChangHwan Kim told Business Insider that he and his team studied unemployment data from the US Census Bureau' Current Population Survey. Kim said that the pattern of unemployment is more common among Asian Americans with less education after they looked at the data collected between January to August.

He explained that Asian Americans used to be impacted less compared to other minority groups. However, this time, the unemployment looks different as it is caused by the coronavirus pandemic and is concentrated among less-educated individuals, particularly Asian Americans.

In April, Asian Americans were 5.4% more likely to lose jobs than Whites, while the likelihood of Hispanic and Blacks losing jobs compared to Whites are 4.8% and 1.7%, as per the study.

'Model Minority' myth is in contrast to the study's findings

The "model minority" concept is a stereotype that perpetuates the idea that Asians are the so-called "ideal" minority, a cultural expectation, and the depiction that Asians are wealthy, smart, and self-reliant.

Over 10,000 Asian Americans also worked in-ground and transit passenger transportation, traveler accommodation, and health and personal care stores. Those industries lost more than 10% of the jobs compared to the same month last year, the report said. Besides, the information broke down data about different ethnicities, and they were hit hardest in the coronavirus pandemic.

Across the country, the severe economic impacts on Asian Americans can be felt. Since the start of the pandemic, 83% of the Asian American labor force with high school degrees or lower has filed unemployment insurance claims in California, a study from UCLA reported. On the other hand, 37% of the rest of the state's labor force with the same education level filed for benefits.

Paul Ong, a researcher who previously worked on the report, said that the discriminatory language around the virus is more likely to have prompted individuals to abandon Asian American establishments.

How Entrepreneurs Utilize the Advantages of Social Media

Millennials are Being Extra Charitable Amid Coronavirus Pandemic, Data Reveals