The paid sick leave passed by Congress to deal with the pandemic has a vital role in keeping many Americans from contracting the coronavirus. 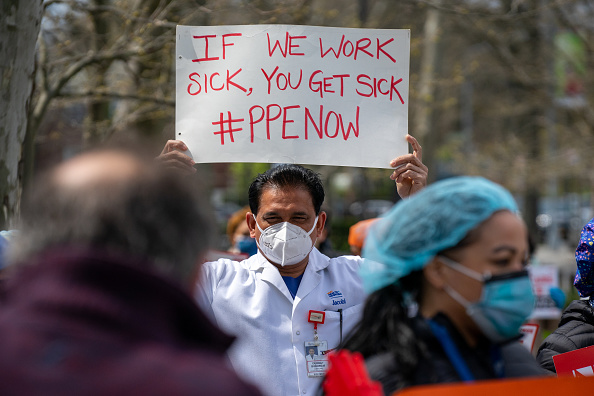 In March, Congress passed the emergency paid sick leave benefit for Americans to deal with the COVID-19 pandemic. According to a peer-reviewed published study in the journal Health Affairs on Thursday, the benefit reduced the coronavirus cases.

However, it is set to expire at the end of the year, before the COVID-19 pandemic is expected to let up. As per the paper from researchers at Cornell University and KOF Swiss Economic Institute in Zurich, the latest sick leave provision prevented 400 coronavirus daily cases per state in the U.S.

The prevented cases roughly translate to 15,000 cases in the U.S., or one contained coronavirus case for every 1,300 employees, while the researchers did not look at mortality rates.

The Families First COVID-19 Response Act includes emergency sick leave. The act was the second of three stimulus bills passed in spring. It provides ten days of paid sick leave for employees at small companies. The government will reimburse the cost by a tax credit, as per HuffPost. Besides, the law provides some family leave for parents with children under home from school setup.

Republican business lobbyists and lawmakers carved out a significant loophole in the law by not extending the coverage to workers at companies with over 500 employees. Yet, about one-fifth of the workforce were newly eligible for sick leave, or about 20 million workers., according to the released research this week.

The paper stands to be the first evaluation of the benefit and comes from a respected team of researchers. On Friday, an associate professor in the policy analysis and management department at Cornell University, Nicolas Ziebarth, told HuffPost that paid sick leave is an essential tool like masks to reduce COVID-19 transmission.

Ziebarth, who worked on the study, said, "It's not a magic bullet, but it's one tool that's been shown to work. Over and over again. It's one tool in the toolbox that helps bringing down case numbers."

U.S.has no universal paid sick leave law, unlike other developed countries. It might be part of the reason case rates have been higher than in European countries amid the pandemic, said Ziebarth.

Flu rates in states with paid sick leave were 11 percent lower than those without the benefit, a previous study from Ziebarth showed.

Paid sick leave has the additional benefit of being reasonably uncontroversial, unlike masks that have become politicized in the U.S.and in Ziebarth's country, Germany, he said. Surveys showed that the majority of Americans support the policy, according to Fast Company.

Millennials are Being Extra Charitable Amid Coronavirus Pandemic, Data Reveals