This year's shopping season has new terms to make sense of the unprecedented situation and find ourselves in.

The "new normal" concept and phrases such as "when we return to normal" arise in every aspect of life as an incentive to adopt today's changes and the sooner or later routines that will be. According to Entrepreneur, we are now in a time of transition. The coronavirus's health contingency caused changes in our daily aspects, and the new rules, trends, and behaviors are being redefined. 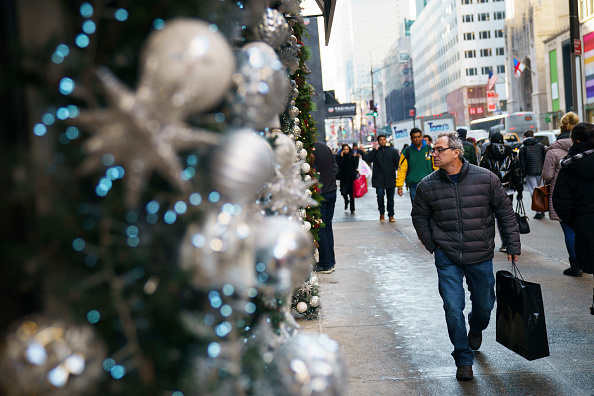 (Photo : Drew Angerer/Getty Images)
New York City In The Holiday Spirit One Week Before Christmas NEW YORK, NY - DECEMBER 18: A man carrying a shopping bag walks past holiday decorations along Fifth Avenue in Midtown Manhattan, December 18, 2017 in New York City. The city is decked out in holiday spirit with Christmas one week away from today.

Although the consumer buying behavior transformed, it would no longer go back to what it was before. The digitalization that consumers have is exponential, and the shopping season that will start gives us a glimpse of what it will be like from now on.

The 2020 retailers must prepare for an extended shopping period. The Good End went from being a long weekend event to two weeks to help consumers have ample time to decide what to purchase and make purchases.

Consumers would also have more time to do more research to see more prepared buyers who usually compare prices and are willing to try new stores. Lat month, 3 out of 10 Mexicans are buying brands they had not tried before, a study by Ipsos, commissioned by Google revealed.

In 2019, there was a lot of discussion on the importance of omnichannel. Retailers need to start making strategies to meet physical and digital worlds and aim for shoppers to navigate between the two freely. This strategy discussed is now an indispensable one as more consumers are searching than ever. They are buying and researching online for the first time that causes a change in how physical stores operate.

How to take advantage of this year's different shopping season?

Out of ten shoppers, seven stated that they would start looking for details before Halloween, and fewer shoppers are saving up for holiday travel, according to a poll of Creditcards.com.

Wtop News reported that industry analyst Ted Rossman believes the discounts will start to extend the shopping season. Many retailers are expecting slower in-store sales and could not only depend on the traditional Black Friday sales.

"I think the game plan is to incentivize people early. I think Prime Day moving from July to October fueled a lot of copycats," Rossman said of retailers who began rolling out significant discounts in October, such as Home Depot and Target.

For shoppers who want to make things simple, Rossman referred Monitor and Cashback as a good option. He said that you could type in the retailer, and Monitor or Cashback will compare all the retailers for you to make an informed decision. The analyst also suggested starting by asking the company to waive the annual fee for considering breaking up with their travel credit card.