How the 2020 Election Results Delay Affects the Stock Market

On Wednesday, the Trump campaign vowed to demand a recount in Wisconsin's critical state battleground to confirm Wall Street's contested election warnings that drew comparisons to the 2000 Bush-Gore presidential race.

If history will repeat itself, wherein the 2000 election had a delayed decision due to recount, this is what would happen to the stock market, according to Forbes.

Bill Stepien, President Donald Trump's campaign manager, issued a statement saying that Trump plans to "immediately" request for a recount in Wisconsin, where officials said they virtually done counting ballots as Joe Biden maintained a lead of less than 1%. 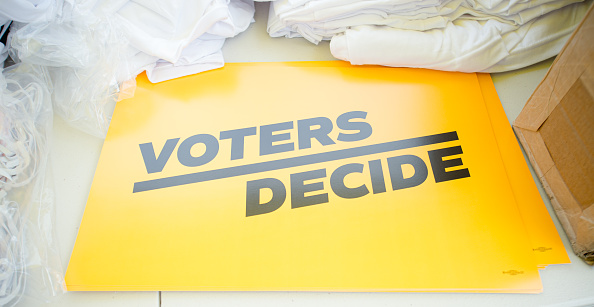 (Photo : Marcus Ingram/Getty Images for MoveOn)
Count Every Vote Rally In Atlanta ATLANTA, GEORGIA - NOVEMBER 07: A general view of the atmosphere during the "Count Every Vote" message in the wake of the presidential election results at Freedom Park on November 07, 2020 in Atlanta, Georgia.

In the November 7, 2000 election day, Wall Street experts have been analyzing when TV networks called Florida state that has been accounted for electoral votes.

To effectively decide the election for the then vice president Al Gore, a decision unraveled in the following hours when votes were counted. It increasingly showed that the winner to be is George W. Bush, the then-governor of Texas. The 2000 election

NPR reported that the weeks-long vote recount had been a nightmare. It hinged on technicalities, made a swath of uncertainty, and tanked stocks to almost 8.5% prior to the Supreme Court named Bush the winner on December 12, Morgan Stanley Investment Management's Andrew Slimmon noted.

Read more: How 2020 Presidential Election Results Could Impact US Dollar

Not everyone is optimistic about the 2020 presidential election. Greg Valliere, a chief U.S. policy strategist at AGF Investments, told CNN that in 2000, there was not widespread unrest in the U.S., but this time, there's a risk that protests could be out of control as Trump made it clear that he would not challenge any result that he disagrees with.

"Gore conceded because that was the right thing to do. If it's shown that Donald Trump actually lost, I'm not persuaded he would be a good loser," Valliere added.

Markets don't like uncertainty, and Wall Street spectators say for weeks that if a dispute escalates to the point of triggering a judicial or legislative battle, stocks might tank 10% or more for markets in a worst-case scenario.

If a contested election lasts more than one to two weeks in delayed results, there are two key dates to mark for a resolution. First, on December 14, when the U.S.Electoral College electors officially cast their votes, then Congress meets to count electoral votes on January 6, 2021, formally.

Earlier this month, LPL Financial reported in a note to clients, "Any uncertainty at these points would almost certainly create a legally contested election that's more serious than a recount.

Read more: How to Prepare Your Business for Potential Election-Related Unrest