How 2020 Presidential Election Results Could Impact US Dollar

With everyone busy regarding the results of the U.S. presidential election, stock markets are rallying.

Aside from the devastation due to the coronavirus pandemic, the U.S. election has been the second-ranking of the most significant uncertainty source for global currency markets as policy change weighs in the dollar.

According to Newsweek, the greenback strengthened over the past week even though it declined and hit one-month highs on Monday. But it is still down by about 10 percent from its highs in March.

Nationally, Democratic challenger Joe Biden is ahead against President Donald Trump by an average of 8.6 percent, as per the FiveThirtyEight polling data. 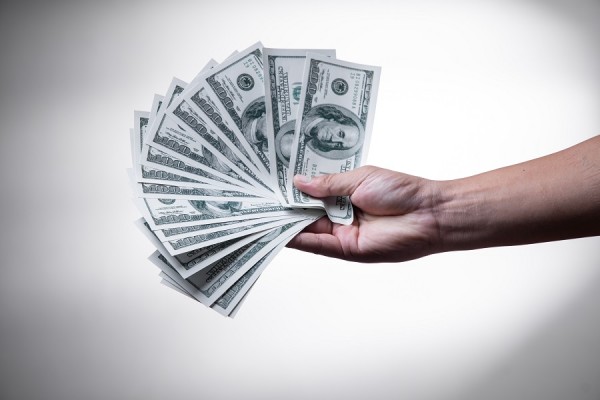 (Photo : @jinyun/Unsplash)
The Effect of Election Day 2020 Results in US Dollar With everyone busy regarding the results of the 2020 presidential election, stock markets are rallying. Aside from the devastation due to the coronavirus pandemic, the U.S.election has been in the second ranking of biggest source of uncertainty for global currency markets as policy change weighs in the dollar.

A forex analyst at foreign exchange platform Nomura, Jordan Rochester, said that "volatility is rising because liquidity for hedges around the election is very thin."

Rochester added that "everyone's the same way; there's no one selling this stuff, thinking everything's great."

Monex Europe, a leading specialist in commercial foreign exchange, released an analysis about the effects of the election day in dollars as the poll results drew closer.

The dollar has weakened over this year on the back of a policy from the Federal Reserve, mismanagement handling the coronavirus pandemic.

Ranko Berick, head of market analysis at Monex, said it is possible that the dollar "is now trading with a Trump risk premium."

Berick noted that if Biden won, it could improve the U.S. macro growth outlook because of better pandemic management. He added that it would be mildly positive for the dollar versus G10 currencies.

Other analysts, however, argued that a Biden win might weaken the dollar because of the vast stimulus proposals. Instead, Monex's analysis noted that a Trump win is a "status quo outcome," which means the current dollar weakness is more likely to remain.

Read also: Billions of Dollars in COVID-19 Relief Loans May Have Been Granted to Fraudsters, Report Finds

Berick said the trade policy's uncertainty would persist and could hamper a likely recovery in risk appetite in 2021. This is because of a Republican sweep, uncertain and new risks would be introduced to markets.

Trump railed against a strong dollar through the entire term he had as president in a pre-pandemic world. The president often stated that a strong dollar gives other nations a competitive advantage, making it hard for American manufacturers.

The uncertainty in the markets has a risk of a severe constitutional crisis that would hammer the dollar, Berick said.

As a reference, Berick said the pound to dollar exchange rates approached 10 amid the U.S. civil war. The impact worsens the more prolonged the crisis drags out, he added.

The ongoing COVID-19 pandemic continuously affects the U.S.dollar and the development of a vaccine, regardless of election results.

Meanwhile, Fox Business reported that the dollar has slipped to its weakest level against the yuan and eased against other Asian currencies as Biden inched closer to the White House.

But financial markets have braced for days or weeks of uncertainty as Trump, a Republican, opened a multi-pronged attack on vote counts in different states by pushing for recount and lawsuits.

Read also: How Could This Year's Shopping Season Be Different Among the Previous Years