Robinhood CEO Apologizes Yet Justifies 'Nothing Fishy' Happened in Trading

Several tech giants went at it against each other on Thursday. The plan was to deliver deeper and found out what truly happened in the recent skyrocketing rally of certain nondescript shares such as GameStop, AMC, and many more. 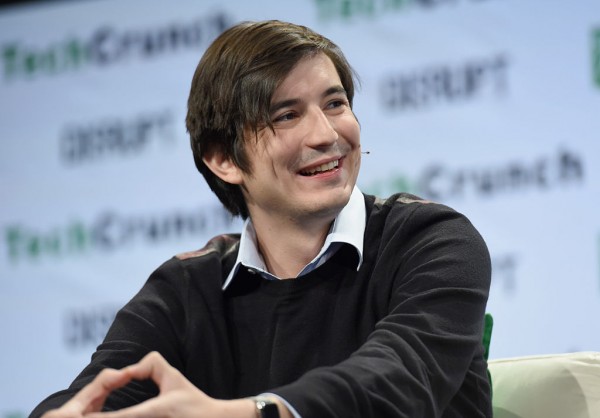 Wall Street, Silicon Valley, rogue internet chatrooms, and Congress collided and on the said hearing. In the end, Robinhood CEO, which is in the middle of the whole drama, apologized.

At the virtual heading, most of the questions were targeted at Robinhood CEO Vlad Tenev, asking whether users were adequately informed that they might be locked out of making purchases or about the risks that Robinhood will have to take to raise capital requirements.

According to NBC News, Tenev clarified that customers were only allowed to sell during the "black swan" event because had that been prevented, it would have been "a difficult and painful experience."

He somehow just wanted to cut everything short and apologized for what happened, although he was firm that Robinhood did nothing fishy.

"Look, I'm sorry for what happened," Tenev said. "I apologize, and I'm not going to say that Robinhood did everything perfect, and that we haven't made mistakes in the past, but what I commit to is making sure that we improve from this," he added.

Repeatedly under fire, Tenev described the mechanics of his company's platform and defended its actions as being in the best interest of consumers, even as lawmakers have accused it of "gamification" of stock trading.

When asked whether his app has any safeguards to prevent customers from acting on social media information instead of actual fundamentals, Tenev answered that the site had already recently redesigned its customer education portal.

GameStop Virtual Hearing: What is it For?

The virtual hearing at the House Committee on Financial Services was called after shares of GameStop, AMC, and other stocks given attention by online traders surged in late January on the backs of a "short squeeze" strategy that made early so-called Reddit/amateur investors earn millions, on paper, while hedge funds that were betting against these stocks - experts and giants, lost billions.

Robinhood played a core role since most of the trading happened because of its app. The majority of the amateur retail investors used the zero-commission trading app to execute their trades (and stage a revolution as a result) but found themselves shut out of the rally they ironically started. Their ability to purchase apps was restricted as a result.

According to Robinhood, the decision has nothing to do with favoring the losing Wall Street giants, but for volatility reasons.

Robinhood also clarified in the past that it was just forced to limit purchases on particular stocks because its clearinghouse had to increase capital requirements to cover handling the volatile and leveraged stocks.

But accusations of Robinhood and its Wall Street business partners working together to protect their interests remained.

"Americans feel the system is stacked and, no matter what, Wall Street wins," Chairwoman Maxine Waters, D-Calif., said in her opening statement. The hearing will be "first in a series," she said, with future hearings to involve the regulators already.

Republicans early on said they wanted to engage in more fact-finding but aggressively rejected the idea that further regulation is needed.

READ MORE: LA Real Estate Mogul Gives You Half a Million if You Answer This Correctly