97% Customers That Lost Power Due to Snow Storm, Now Restored by Cleco

Louisiana-based electric company, Cleco, has now restored power within 97% of their customers that experienced outages over snow storm. 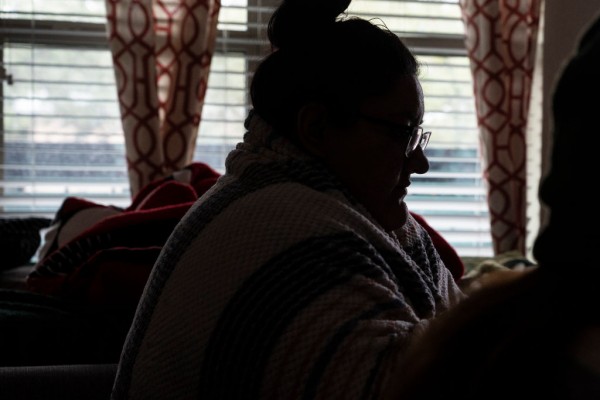 (Photo : (Photo by Go Nakamura/Getty Images))
Esperanza Gonzalez wraps herself in a blanket to stay warm in her apartment during power outage caused by the winter storm on February 16, 2021 in Houston, Texas. Winter storm Uri has brought historic cold weather, power outages and traffic accidents to Texas as storms have swept across 26 states with a mix of freezing temperatures and precipitation.

On Monday, Feb. 15, President Joe Biden has officially declared emergency state in Texas, and cities that are near the affected area.

The winter storm brought the coldest nights in the state, resulting to electricity companies to cut down power for the safety of everyone.

It's been days now, but a lot of households were still experiencing outages due to the storm.

Luckily, Cleco has announced that 97% of all their affected customers have now restored their electricity.

According to the press release, Cleco is pushing themselves to restore all their customers' power, and might expect to restore it by the end of the day of Tuesday, Feb. 16.

"Provided we don't encounter any unexpected system or equipment damage, we expect to restore power to all customers who can accept power by end of day today," said James Lass, director of distribution operations and emergency management. "As we wrap up restoration from this storm, we are preparing for a second storm, Winter Storm Viola."

As the snow storm is expected to have its second surge for the coming days, Cleco warned their customers to avoid unnecessary travels that could block streets and roads.

"As conditions are expected to deteriorate due to Winter Storm Viola, we are asking customers to avoid unnecessary travel and reserve the roadways for first responders and emergency personnel," said on the announcement.

"If traveling is necessary, please yield to first responder vehicles and allow them the right-of-way. Creating unnecessary traffic may delay first responders from reaching their destination to perform work in a timely manner."

ALSO READ: $3 Per Gallon Gasoline in the US Could Happen, Due to Texas Snowmageddon