$3 Per Gallon Gasoline in the US Could Happen, Due to Texas Snowmageddon

The snow, happening currently in the central US--most affected in Texas-- has its repercussions that could affect the whole country.

As of reports, an estimated increase on prices for buying gasoline might occur in the coming weeks. To be exact, the prices are expected to increase up to $3 per gallon. 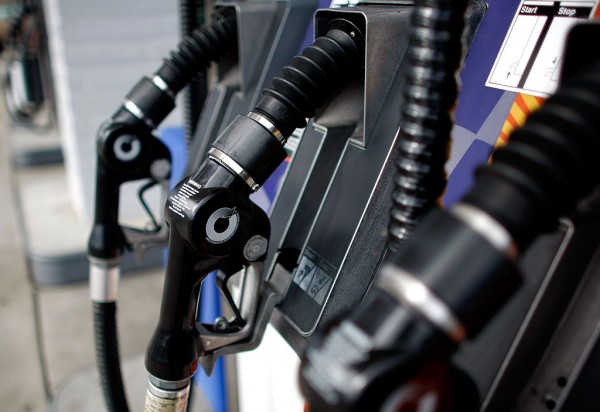 (Photo : (Photo by Justin Sullivan/Getty Images))
Gas nozzles hang on their pumps at a Union 76 gas station February 22, 2008 in San Rafael, California. Gas prices surged to their highest level since June 2007 with the price of a gallon of regular unleaded increasing 2.9 cents in the past day to bring the national average to $3.115 a gallon. Despite oil trading above $101 a barrel this week, gas supplies are at their highest levels in 14 years.

On Monday, Feb. 15, the central part of America was wiped off with a chilling Arctic blast, resulting to millions of households with no electricity. This phenomenon is expected to occur until Wednesday, Feb. 17.

Due to the freezing weather, almost all refineries in the US Gulf Coast experienced outages. This means, that the production of essential gas supplies weren't met in standard manner.

According to Bloomberg, due to this, experts have warned that gasoline prices could be as high as $3 per gallon, in the coming weeks.

"In terms of $3 a gallon, this simply provides more momentum for us to get there," Patrick DeHaan, head of petroleum analysis for retail gasoline tracker GasBuddy, said of the winter emergency. "The average rise in the national average from late winter to Memorial Day has been 25 to 65 cents a gallon, which could mean we're right on the doorstep."

If this happens, it will be the first time since 2014.

'The situation won't get better'

To make it worse, the next coming weeks or even months can still be highly-priced for the oil industry.

Dehaan predicted that the increased prices can still happen during spring.

"This situation will last as long as OPEC continues to restrain their oil production, creating the situation we're in where demand is recovering faster than supply," he added. "The situation won't get better- just wait until spring- it's likely the national average will rise another 10 to as much as 50 cents per gallon if oil production doesn't respond to the continued recovery in demand."