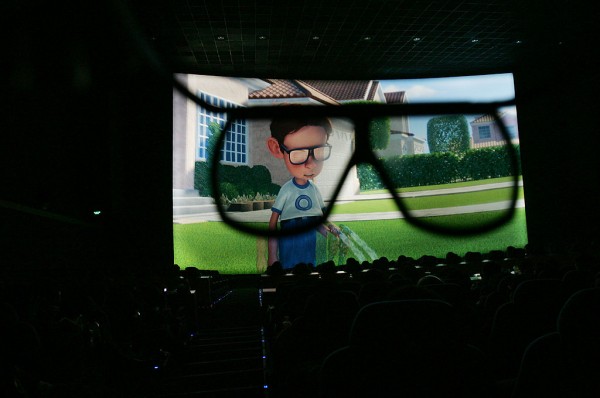 For the first five days of the Year of the Ox, or from February 11, ticket sales reached as high as 5.7 billion yuan (US$880 million), which is around 33 percent more than the same period in 2019.

Interestingly, Chinese films served as the top contributors to this unexpected performance.

Imax China then surged by a record 88 percent in Hong Kong on Tuesday following these record ticket sales. In addition, Alibaba Pictures Group increased by 35 percent while Maoyan climbed by 25 percent, as reported by Bloomberg.

While this is well and good for China, it implies Hollywood truly has something to worry aboutl, as it was reported a few days ago when Lunar New Year films busted records.

Analysts claimed that with the pandemic still raging, US cinemas are still struggling to get viewers. As such, Hollywood studios are likely to be even more independent on the Asian country's viewers.

The timing for Chinese viewers to be more fond of their own local movies therefore could not be at a worse time for Hollywood.

China has significanty overtaken the US to become the top movie market in 2021, since COVID-19 has effectively shut American film theaters down, far longer than China has shut its own theaters down.

Hollywood'e increasing reliance comes as Chinese viewers' tastes and preferences shift towards their own local language films. Chinese viewers are also more sensitive than ever toward portrayals of China and its people in Western culture, given the simmering geopolitical tensions with the US, which started even before the pandemic broke out.

To make things worse for Hollywood, a bilateral pact that necessitated China to import a minimum number of American movies yearly has already expired. Hollywood has to think of new ways to tap into Chinese viewers, which can be a massive loss if they all decide to shun Western films altogether.

"China's market is now central to any major release," explained Aynne Kokas, a professor of media studies at the University of Virginia.

She added, "Diminishing market share presents a worrying picture for Hollywood studios" that may have been relying on China to recoup blockbusters' budgets."

A new contract that will necessitate China to once more order several Hollywood movies a year is yet to be drawn up. Given the ties between China and the US, this contract might not even happen.

"The expiration of the US-China film agreement presents a serious challenge to Hollywood studios," said Ms Kokas. A new contract is not likely going to happen soon given "the competing priorities they face in the relationship with China," she said.