Deutsche Bank on Thursday shocked many how well it fared during the coronaviurs crisis. Analysts did not expect it to perform as well though, given their earnings projections. However, the lender's investment banking division certainly boosted its performance, beating their negative earnings expectations set forth for the 2020. 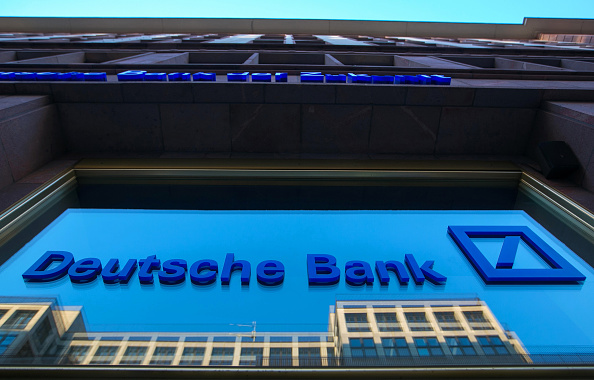 (Photo : Krisztian Bocsi/Bloomberg via Getty Images)
The logo of Deutsche Bank AG sits on the window of a branch of the bank in Berlin, Germany.

Germany's largest lender was able to earn a full-year net profit of $135.7 million. Analysis had actually expected it to not earn a cent; instead, they saw it making a huge loss of 201 million euros, according to Refinitiv.

Deutsche reported a 5.7 billion euro loss for 2019, due to a major restructuring.

The bank netted a 51 million euro profit for the fourth quarter, which is no small feat, since analysts were projecting it to make a 325 million euro loss.

The bank's CFO, James von Moltke, told CNBC shortly after the announcement that the bank was even able to achieve all of its goals for the year.

In its statement, the bank said this "more than offset a rise in provision for credit losses resulting from COVID-19.

In addition, its Common equity tier 1 (CET1) ratio, is computed to be at 13.6%. This essentially stayed the same from from the fourth quarter of 2019. Since this ratio measures bank solvency, for it to not have changed despite the trying year, is a remarkable achievement.

Fourth-quarter loan loss provisions were 251 million, significantly lower than the provisions of 723 million in the final quarter of 2019.

"In the most important year of our transformation, we were able to more than offset transformation-related effects and elevated credit provisions - despite the global pandemic," CEO Christian Sewing shared of its earnings report.

"We have built firm foundations for sustainable profitability, and are confident that this overall positive trend will continue in 2021, despite these challenging times," the CEO proudly added.

Before the earnings are reported, an interview with Matthew Fine, a portfolio manager, has somehow anticipated this positive turn of events,

"It's been a gift, frankly, to them that capital markets have held up as well as they have," Matthew Fine, said by phone before earnings were released, as reported by Yahoo Finance. "Revenue has not deteriorated markedly and they have actually been able to build capital through this period."