President Joe Biden and the Democrats had a meeting on Wednesday, as the House took on its first step towars the approval of the massive COVID-19 relief package through Congress. The amount of the whole package is at an astounding $1.9 trillion and the plan is to have it passed without any Republican approval or intervention. 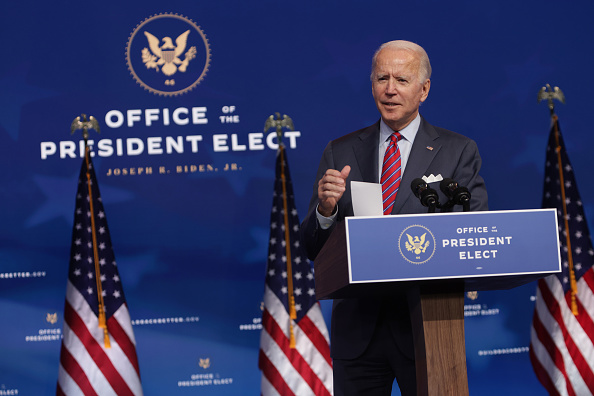 The lower chamber already approved a budget measure via a 218-212 vote. They have called on a dozen committees to commence the drafting of the different parts of Biden's proposed bill, which covers the highly-talked about $1,400 stimulus checks, as well as the $350 billion in state and local aid.

Several more controversial provisions such as the a $15 minimum wage hike are also covered.

Biden knew that having his vision come true quickly with the Democrats "help and none of the Republicans," could stir a controversy.

Earlier on Wednesday, Biden told the Democrats that he is willing to improve the key elements of his proposa - nearly valued at $2 trillion, but emphasized that he wants to see it move forward as quickly as possible.

The sense of urgency is only apt because the number of people affected by the relentless pandemic is no joke and the US cannot afford for them to increase or be worse off.

Among the elements that Biden said he is willing to compromise on is who will be eligible for the next round of stimulus checks. He does not want to compromise on the amount, however, claiming the size of the $1400 payment should stand, as Aljazeera reported.

"Let's stick together, I have your back and I hope you'll have mine," Biden told House Democrats in his first meeting with the group since taking office.

He then discussed why a quick action is needed, imploring on the emotions of the Democrats, citing the alarming rate of suicides and worsening drug addictions, triggered by the COVID-19 pandemic and its associated economic outcomes.

While Republicans naturally criticized the decision to ignore them, Democrats claimed none of Biden's proposal should even be surprising, given the urgency of the issue.

Nothing in this resolution should come as a surprise," House Budget Chair John Yarmuth said of GOP criticism.

"We cannot afford to slow down," Yarmuth said. "We need to hurry the hell up," he added.

However, Rep. Jason Smith (R-Mo.), the ranking Republican on the Budget Committee, alleged that, "Democrats in Washington are setting up a partisan process to have the vice president cast the decisive vote in the Senate on an array of radical policies."

"Their plans are to try to use this pandemic to seize more government control of your life," he further accused.

Almost every Democrat voted for the package, even if some of them do feel a lingering anxiety, particularly those associated with being a moderate.