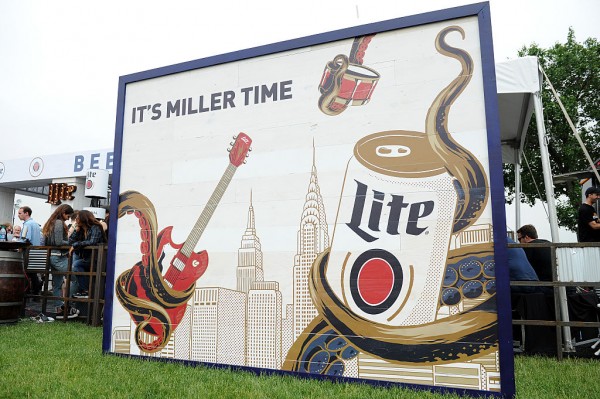 In a press release, the Molson Coors beer brand announce that it is introducing an ad campaign during Super Bowl LV that will be battling Michelob Ultra, a light-beer competitor that promotes itself as merely having 95 calories, as opposed to Miller Lite, which has 96.

Once the Michelob Ultra's commercial airs in the middle of the game, Miller Lite fans will be given the opportunity to type an 836-character URL into their search browser so they can effectively burn off 1 calorie.

If that is not a mockery of Ultra enough, Miller Lite's fans will even score $8 for a signature six-pack of beer if they participate, as reported by People Magazine.

One calorie can certainly be burned because quick typing and correct spelling are necessary to win the 8 bucks at stake for inly the first 5,000 entries.

If this is not clear enough, the overall goal of the fun ad campaign is to serve as evidence to avid beer drinkers that the one-calorie difference between Miller Lite and Michelob Ultra means nothing, or can easily be evened out. And if they will try to even it out, then they can earn 8 bucks.

Miller Lite's Calories are Worth It?

"Miller Lite wants to prove that a one-calorie difference shouldn't be a deal-breaker. Both beers are light beers and low calorie, but why should one extra calorie matter if it means more taste?" Zach Paciorek, associate marketing manager for Miller Lite, revealed in the official statement. "There's no better way to show drinkers how easy it is to burn a single calorie than by typing a ridiculously long URL," Paciorek said.

So that no consumers wanting to get the prize can cheat just by copy-pasting the 836-character URL, Miller Lite has published the URL in full-page advertisements in various newspapers, such as the The New York Times  and the Milwaukee Journal-Sentinel.

"While ridiculous in length, we love the simplicity of it," Paciorek said. "Type our 836-charcter URL during Ultra's ad, burn the one extra calorie difference, and win some Miller Lite - a beer with more taste than Michelob Ultra."

Miller Lite and Michelob Ultra have never went head-to-head like this in the past though. For years, Miller Lite and Bud Light seem to be the ones competing with each other.

However, it is apparent that lately, the fast-growing Michelob Ultra has gotten Miller Lite's attention and the latter refuses to just sit down and be complacent.

"As the Original Light Beer, we're always glad when a competitor gives us the chance to remind people of Miller Lite's great taste with only 96 calories," said Paciorek. "And for more taste, we think the extra calorie is worth it."