Reports say a salon owner in Oregon who reopened her business in disobedience of the state's COVID-19 restrictions accused Governor Kate Brown of "retaliating" against her family.

The salon owner accused Brown of "personally" terrorizing her family 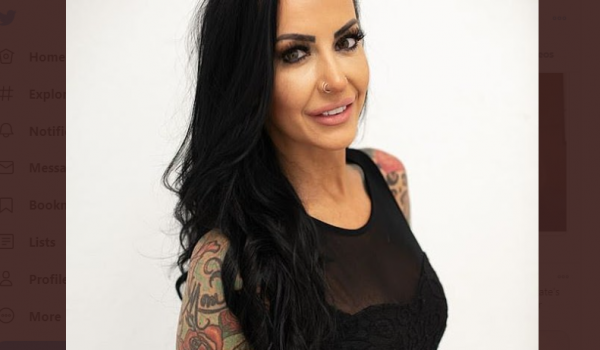 (Photo : NowMyNews/ Twitter Screenshot)
Oregon Salon Owner Accuses Governor Kate Brown of Retaliating Against Her Family Oregon salon owner sues Governor Kate Brown for $100K over the state's lockdown and her $14,000 fine for defying the rules and reopening her business in the middle of the pandemic

In May, Glamour Salon owner Lindsey Graham reopened her business and received a fine of $14,000 from the state. She accused Governor Kate Brown of personally "terrorizing" her family in a $100,000 lawsuit that detailed the damages Graham sustained due to the extended closures and exorbitant fines the state-issued against her.

She added that she was threatened to place her children under Child Protective Services care to "intimidate" her to close her salon doors, as per Fox News.

Graham told "The Ingraham Angle" on Monday, "As soon as I tried to open my doors against the governor's mandate back in May, she came at me with the full weight of the state." 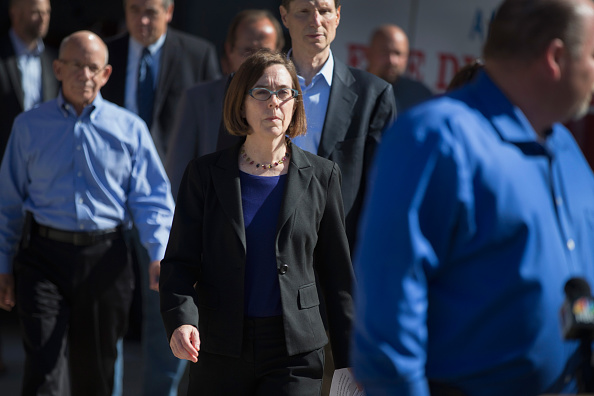 (Photo : Scott Olson/Getty Images)
Shooting At Umpqua Community College In Oregon Leaves Multiple People Dead ROSEBURG, OR - OCTOBER 02: Oregon governor Kate Brown (C) arrives for a press conference where she addressed the mass shooting at Umpqua Community College on October 2, 2015 in Roseburg, Oregon. Yesterday 26-year-old Chris Harper Mercer went on a shooting rampage at the campus, killing 9 people and wounding another seven before he was killed.

Allegedly, the Oregon Governor terrorized Graham, her stylists, and her family. Graham added that Brown took all government agencies she could to put all weight into intimidating Graham to close her salon, including sending Child Protective Services to her home and threatening her children's removal.

According to Graham, after three days of publicly opening her salon, the child Protection showed at Graham's home and interviewed her children without her consent and presence.

On December 18, the suit was filed, alleging shutting private businesses has caused more significant negative impacts on Oregonians in terms of increased stress, depression, and anxiety, as per KATU.

The salon owner claimed that the Oregon governor does not have the authority to shut down private businesses, demonstrating that they can operate safely and abide by the requirements the state has laid out.

The Occupational Safety and Health Administration closed her case, Graham also claimed. The agency considered her business a "hazardous facility" for her employees. The state implemented strict lockdown measures in March to slow the coronavirus's spread with its "Stay Home, Save Lives" campaign.

Oregon has allowed limited businesses' reopening in May after almost two months of lockdown. Several counties demonstrated a declining prevalence of COVID-19 and extensive contact tracing. Graham's attorney alleged the government was trying to make an example of her. After six weeks, Graham reopened her business in defiance of the lockdown order claiming that she needed to get back to work, pay her bills, and feed her family.

The Oregon salon owner was slapped with a $14,000 fine and was ordered to close her business. Graham is suing Brown over the saga of claiming Oregon lockdown caused a greater negative impact on its residents.

The suit claims the lockdown rules are 'irrational, irresponsible, draconian, and sudden' and that the state left private business owners unknown of how they will support their families. In the lawsuit, Graham seeks $100,000 in damages, Daily Mail reported.