When trying to enter an airport, you might soon flash your Apple Wallet to prove that you have been given the coronavirus vaccine, as per Gizmodo.

The alternative way of providing proof of vaccination status 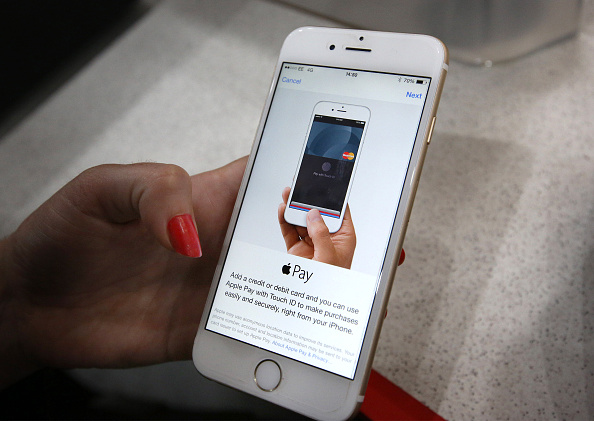 (Photo : Peter Macdiarmid/Getty Images)
Apple Pay Launches In The UK LONDON, ENGLAND - JULY 14: In this photo illustration, an iPhone is used to make an Apple Pay purchase at The Post Office on July 14, 2015 in London, England. From today iPhone and Apple Watch owners can use their device to pay for purchases at retailers who support the new mobile wallet service Apple Pay.

Recently, Bloomberg reported that showing Apple Wallet receipt is the reality that Los Angeles residents face. The state has previously partnered with Apple and wellness application Healthvana that will enable them to offer vaccination records digitally in an attempt to incentivize people to inoculate themselves.

The logic goes as the coronavirus requires a two-shot dose. This would mean that Los Angeles would have a record of the first shot restored digitally. It will be helpful to ensure that people are cleared promptly for the second COVID-19 vaccination. Eventually, the digital record could prove that people attempting to access concert venues or grocery stores have been vaccinated.

Los Angeles broke its record for both COVID-19 hospitalizations and deaths. The state left health professionals scrambling to set up the COVID-19 vaccine disbursal plan "as soon as humanly possible," director of the vaccine and preventable disease control at the county's Department of Public Health Claire Jarashow said.

Jarashow said health officials also saw the benefit of providing patients with access to their digital records as well. At the same time, the vaccines will be formally tracked in the registries and patients with paper tracking cards only. The digital record of COVID-19 vaccination through Apple Wallet is also an added benefit that could not be easily misplaced.

Jarashow told Bloomberg that they are concerned and want people to take the second dose, but they cannot do hundreds of medical record requests to track people's first doses to use when they need to get the second dose.

However, some of the COVID-19 patients will be more likely to wary hand over their secured medical data to some application. Meanwhile, Healthvana CEO Ramin Batani claims that the company stores the data on Amazon Web Services' HIPAA-compliant servers. Therefore, the application is "as safe as we can make it," as per Jarashow.

Still, Healthvana is in talks with Los Angeles County concert venues, schools, and employees regarding applying this technology. Bastani says that he is skeptical that the application will be the de-facto mode of identifying an individual's vaccination status.

According to Lowyat, the Apple Wallet allows storage for different types of ecards, from rockets to credits and debit cards.It can also hold a card that will serve as proof of vaccination status, at least in Los Angeles.

The Apple Wallet receipt could be shown as proof that a person has been immunized. The digital record can be shown to airlines, schools, or whoever needs it. Aside from the Apple Wallet, Ramin Bastania added that it is also useful on the "competing Google platform."

Read also: Apple Car in 2021? Which Features Will be Included