A growing numbers of countries around the world have now announced travel ban from all parts of the United Kingdom. This was in effect with the newly-found Coronavirus strain, that is currently scaring its citizens.

Due to this decision, all UK airlines already listed cancelled flights until the holidays. Unfortunately, this announcement was not expected by most airline customers that already booked flights for the month of December.

Here are some of the airline companies that offer so-called COVID-19 refund. 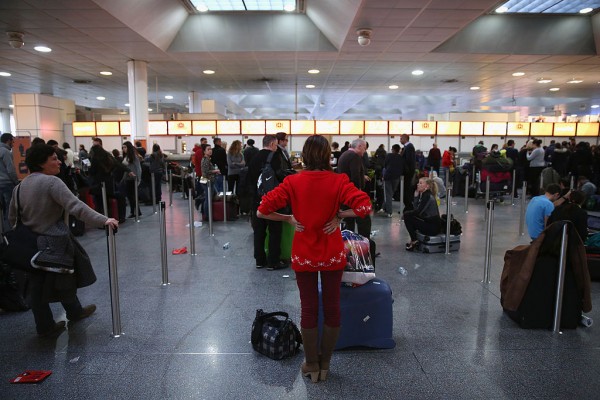 (Photo : Photo by Oli Scarff/Getty Images)
Passengers wait in the departure hall of Gatwick airport's North Terminal as severe weather has caused delays and cancellations to numerous flights from the airport on December 24, 2013 in London, England. Christmas plans have been badly affected for thousands of people after storms across the UK have resulted in flooding, power cuts and significant problems with transport infrastructure.

Amid the upcoming holiday period, a terrible announcement was released for UK citizens who are planning to fly across the globe.

A lot of other countries and nations are also planning to do the same in the later period. These places are Hong Kong and Switzerland.

The United States was one of the earliest countries to close borders in UK. However, reports told that President Donald Trump is also planning to lift it early next week.

Which airlines can you get refunds 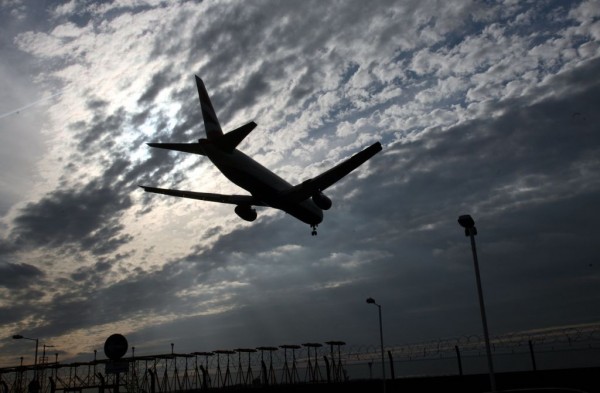 (Photo : Photo by Matt Cardy/Getty Images)
A plane comes into land at Heathrow Airport on March 16, 2007 in London. A US government agency has announced that winter in the Northern Hemisphere this year has been the warmest since records began. Air travel continues to be a major source of debate; attempts to slow climate change with radical policies are being tabled by scientists and politicians. Hybrid buses, which use a combination of diesel and electric power, are said to be central to the Mayor and Transport of London's plans for a cleaner, greener bus fleet in London, and aim to start cutting the capital's Carbon Dioxide emissions helping to tackle climate change

So far, many travellers in different airlines around the country were reportedly stranded due to the announcement. To make it worse, most of the popular UK airlines do not offer COVID-19 refund-- money-return for the pandemic travel ban.

Instead, most of them offers rebook of their postponed flights.

Luckily, there were only few airlines that offer COVID-19 refund amid the travel ban. If you're booked in any of these travel agencies, better contact them now.

Meanwhile, other airlines like British Airways and Virgin Atlantic only offer similar services of rebooking for later time, or vouchers.