Stock Futures: Which UK Stocks-Factors to Watch Out Today?

The start of the week also corresponds to the first day of trading again. Since we're slowly ending the year, it is also expected for stock market to boost its business, along with companies who've performed well this year.

Here's a quick guide on which stocks to buy today and factors to consider before taking the risk. 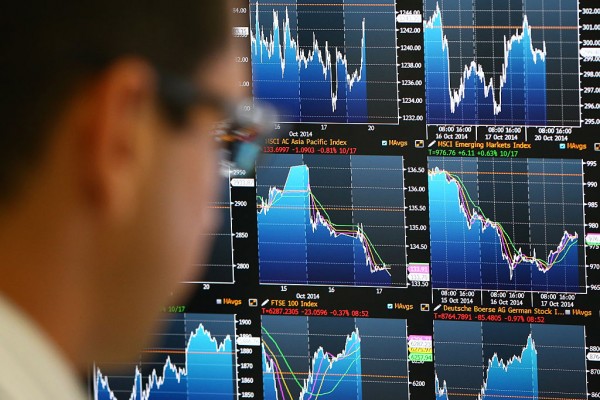 (Photo : Photo by Carl Court/Getty Images)
An employee views trading screens at the offices of Panmure Gordon and Co on October 20, 2014 in London, England. Markets stabilised over the weekend following global turbulence amid fears over the Ebola virus and global economic concerns.

On Friday, Dec. 18, a lot of companies surprisingly went bullish for different reasons. Elon Musk's Tesla, for one, was recognized as hitting a new-all time high trading ahead of its partnership with the S&P 500.

From the company's average price worth $679.85 on Friday, CNBC reported that there was more than $131 billion worth of stocks that went trading on the same day.

During the actual trading, the Tesla trading price increase up to 5.96%. Today, the stock will be added to the benchmark index ahead of Monday's opening bell, based on prices from Friday's close.

When Tesla was reaching its highest trading price of 2020, UK company shares however, fall sharply.

In a different report by CNBC, it was said that the European market are now plunging due to the issues of a new Coronavirus strain, found in the United Kingdom.

Several UK-based companies were affected with the issue. Britain's FTSE 100 futures index records a 0.86% decrease on Monday. While oil prices dropped at least 0.3%.

Due to the suspected new COVID-19 strain in the UK, a lot of neighboring countries also closed their gates to all flights, coming from the country.

France, Germany, Italy, Ireland and the Netherlands all decided to close their gates to UK.  The latest country to join this list is Canada.

Thus, this might result to a possible meltdown in the UK stocks.

Which companies to invest today? 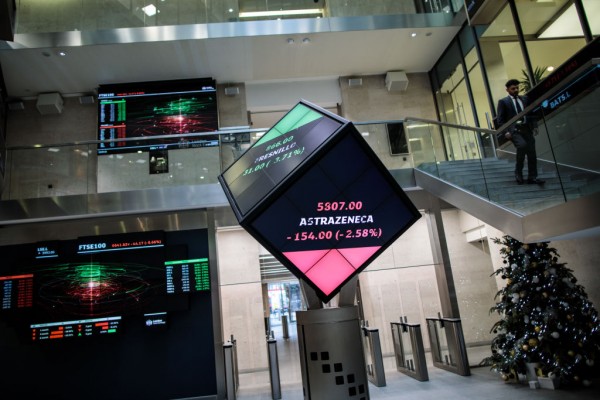 (Photo : Photo by Jack Taylor/Getty Images)
Share price information is displayed on screens at the London Stock Exchange offices after reopening following the Christmas holiday on December 27, 2018 in London, England. The FTSE 100 hit a fresh two-year low today despite stock markets around the world recording significant gains by the end of Wednesday.

If you're still considering of looking for investments, here are the top three companies you should watch out today, according to Yahoo Finance.

"Merck was in 80 hedge funds' portfolios at the end of the third quarter of 2020. The all-time high for this statistics is 84. MRK investors should pay attention to an increase in hedge fund interest of late. There were 76 hedge funds in our database with MRK positions at the end of the second quarter," according to Two Sigma Advisors.

PayPal Holdings is one of the most famous and favorite companies to buy stocks with in the market. According to report, the company has raise its stake at 9000% in the third quarter to 1.8 million shares valued at $369 million, accounting for 1.05% of the overall portfolio.

As said, Tesla shares currently are blasting in the market. Interestingly, people's admiration on electric cars have resulted to Tesla's increase of 783% since the beginning of 2020.