Democrat Rep. Alexandria Ocasio-Cortez demands an accountability from online retail store Amazon for its workers financial security. This was what the congresswoman rants out on Twitter after Bloomberg released a malicious article against the store. 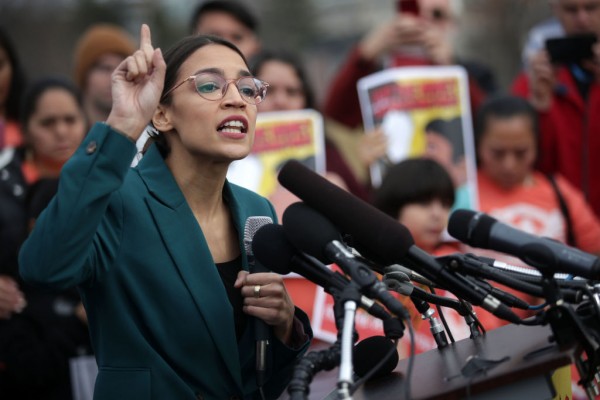 On Friday, Dec. 19, AOC tweeted rants against Jeff Bezos' most famous online retail store Amazon for its failure of creating financial security for its workers.

Amid pandemic, many workers from different fields lost their jobs. Amazon, for one, became a victim of this issue.

However, in an exclusive Bloomberg report, the article accuses the company of not paying enough money to their workers. In fact, many Amazon employees-- across the nine states-- were reportedly struggling to pay bills and rents in their own homes.

There was even rumored that Amazon was paying 'food stamps' on its workers.

After releasing this article, AOC called Amazon as 'scam' and demanded an accountability from the company over its worker issues that should be addressed.

"A 'job' that leaves you homeless & on food stamps isn't a job. It's a scam," she said on Twitter.

She also added that this was the main reason why the store should not be patrionized by consumers.

"This is why 'Amazon jobs' aren't it & we should instead focus our public investments + incentives on small businesses, public infrastructure, & worker cooperatives that actually support dignified life," said Ocasio-Cortez on Twitter.

This is why “Amazon jobs” aren’t it & we should instead focus our public investments + incentives on small businesses, public infrastructure, & worker cooperatives that actually support dignified life.

What the Bloomberg article says 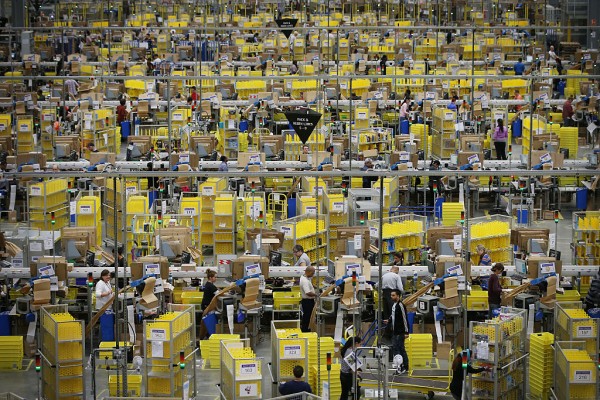 (Photo : Photo by Peter Macdiarmid/Getty Images)
Parcels are prepared for dispatch at Amazon's warehouse on December 5, 2014 in Hemel Hempstead, England. In the lead up to Christmas, Amazon is experiencing the busiest time of the year.

Bloomberg reported on Thursday, Dec. 17, that Amazon workers are now forced to accept an unfair wage from the company.

For example, the company opens a new warehouse in a state, hire people for the job, promised a middle-class wages yet perform an entry-level work.

Another thing they observed is how Amazon hires more people amid pandemic. These workers were just reportedly paid with only $15 an hour, regardless with the risk of having COVID-19.

What Amazon has to say

As an answer for AOC and Bloomberg, Amazon representative via Business Insider released a statement saying that Bloomberg made a "false conclusion" in their story.

RELATED ARTICLE: Cyberpunk 2077 and Sony Backlash: How Can You Get Refund?