Today's the Time to Finally Invest on Roku Stocks

Are you into stocks? If yes, here's a great opportunity to grab as early as now. In the Wednesday market, Roku shares has gained over 5%.

This year, Roku has impressively outshine other streaming platforms in the market. With a year-to-date (YTD) performance as high as 143%, the company's stocks have surely made a profit in this year's pandemic.

Is it the time to join the team now? 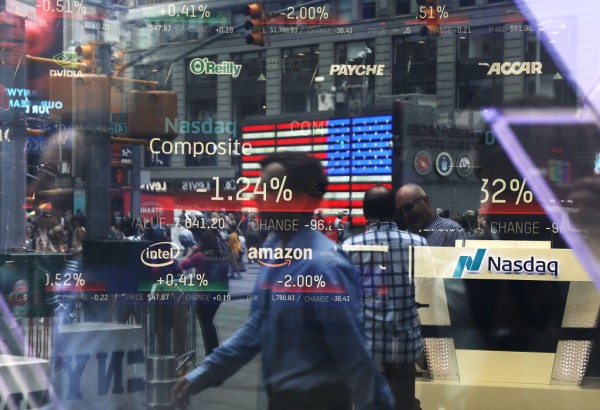 (Photo : Photo by Spencer Platt/Getty Images)
People are reflected in the window of the Nasdaq MarketSite in Times Square on July 30, 2018 in New York City. As technology stocks continued their slide on Monday, the Nasdaq Composite dropped 1.1 percent in afternoon trading with shares of Facebook, Netflix, Amazon and Google-parent Alphabet all declining.

Roku, one of the most-used streaming platform in the US, jumped as much as 8.1% to $352.12 in New York trading Thursday, according to Bloomberg.

It was so far, the highest share price given to Roku in all these years. The reason: Wonder Woman 1984.

On Thursday, Dec. 17, Roku shares on its page that their users "will now be able to download HBO Max from the Roku channel store and subscribe directly on their Roku device to access all of HBO Max, which includes 10,000 hours of curated premium storytelling from the iconic brands of HBO, Warner Bros., DC, Adult Swim and much more."

The company's deal with HBO Max has surely did the stepping stone on why the company's stocks are rapidly increasing, up until today.

Scott Rosenberg, the senior vice president of Roku's platform business said, "We believe that all entertainment will be streamed and we are thrilled to partner with HBO Max to bring their incredible library of iconic entertainment brands and blockbuster slate of direct to streaming theatrical releases to the Roku households with more than 100 million people that have made Roku the No. 1 TV streaming platform in America."

A week ahead of this announcement, HBO Max announced to include the Wonder Woman sequel movie: Wonder Woman 1984 that will premiere on HBO Max on the same day as in theaters.

Experts say that this partnership was the main reason why the Roku market is bullish as of now.

Is it really good to invest on Roku now?

Both of them predict that this partnership could lead to more users, expectedly 100 million new individuals. This would mean that the partnership is leading into a more positive side.

However, Roku is not part of the top 10 best stocks to invest with, according to investing legends. Now, that is something you should think about first.

Though it's bullish market now, investing on stocks is still a lottery for many. You would never know what comes next.

RELATED ARTICLE: Cyberpunk 2077: How This Game Turned Into Disaster in 1 Week