The Reason Behind Tech Giants' Decision to Leave California

Ellison moved to Hawaii and not to Texas 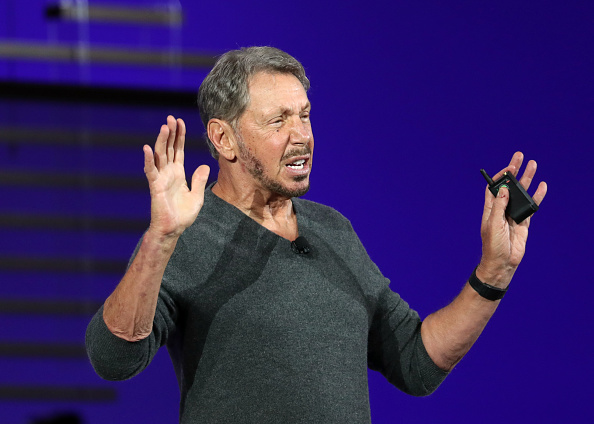 On Monday, the worlds' 11th wealthiest person informed his staff of moving his residency to Hawaii. Ellison is the latest Silicon Valley executive to leave California, where they started their fortunes.

According to LiveMint, Ellison's decision was followed by Oracle Corp.'s announcement that it had shifted its headquarters from Redwood City, California to Austin, Texas.

In a memo to Oracle's employees, Ellison wrote, "I have received several inquiries if I will be moving or not to Texas. The answer is no. I moved to the State of Hawaii and I will be using the power of Zoom to work from the island of Lanai. Mahalo, Larry."

Ellison's net worth is about $75 billion, as [er the data compiled by Bloomberg. He owns 98% of Lanai, Hawaii's 6th largest island made up of Ellison's luxury resorts and hotels.

Besides his three hotels, Ellison also owns a chunk of the housing stock and the main grocery store, and the monthly newspaper in Lanai. He is also the employer of 3,000 residents there.

The Oracle chairman was one of the tech leaders and ultra-wealthy personalities who left California, with some point on the state's high taxes. Last week, Tesla CEO Elon Musk, Ellison's friend, said that he had left California and now resides in Texas.

Since the company's 1977 founding, Oracle, the world's second-largest software maker, called Silicon Valley home. Residents rarely see Ellison around the town despite Lanai being a small island, but it might change now that Ellison officially moved there.

Why are tech giants leaving California?

The new work from home setup and the COVID-19 pandemic has been a catalyst for many tech workers and business leaders to leave the world's most populous state. However, according to Yahoo Finance via MSN, this is a departure that started before the pandemic. Last year, Spectrum Location Solutions conducted a study that revealed 660 California companies and 765 facilities that moved out of state in 2018 and 2019.

In terms of most burdensome regulatory structures for businesses, California comes in dead last, as per the 2015 report from Pacific Research Institute.

California's relatively high congestion and sky-high real estate prices and personal income and capital gains tax rates might not be worth it without the in-person opportunities to collaborate. That is why the COVID-19 pandemic may accelerate this trend because more people are working remotely.

What would be the future of California

The exodus is massively overblown, according to California; selected officials. In an interview this week, California Lieutenant Governor Eleni Kounalakis told Yahoo Finance that many more companies say they have no intention of leaving the state.

Besides, "Bond king" Jeffrey Gundlach, who calls Los Angeles home, explained that the popular destinations might not be the best alternatives to California. During a webcast for DoubleLine Total Return Bond Fund, Gundlach said that the problem with the destination states like Nevada and Texas is their infrastructure, based on a much lower population. he added that these states may have need to impose income taxes.