A Russian shop worker was electrocuted due to the fall of her charging iPhone into her bath. 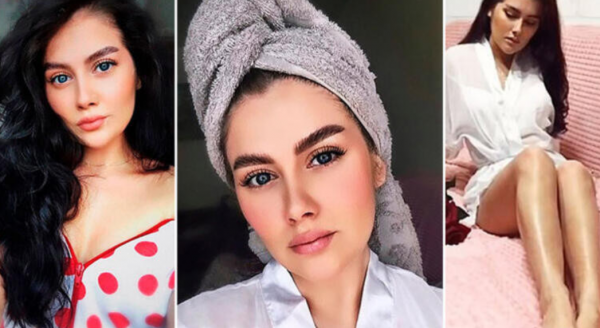 (Photo : HABER3.com/ @haber3com/ Twitter Screenshot)
Shop Worker Dies with Electric Shock as Charging iPhone Falls in the Bath A Russian shop worker was electrocuted due to the fall of her charging iPhone into her bath. Olesya Semenova, 24, was found at their home in Arkhangelsk, Russia. Daria, the distraught friend of Olesya immediately called the emergency services and told the officials, "I screamed, shook her, but she was pale, not breathing and showed no signs of life.

A flatmate found Olesya Semenova, 24, at their home in Arkhangelsk, Russia. Daria, the distraught friend of Olesya, immediately called the emergency services and told the officials, "I screamed, shook her, but she was pale, not breathing and showed no signs of life.

The shop worker's friend explained that she was scared when she touched Olesya and even got an electric shock. "There was a smartphone in the water, it was charging," Daria added.

According to The Sun, Paramedics confirmed that Olesya, 24-year-old, worked in a clothes shop. She died in the bath as her iPhone 8 plugged into the mains fallen into the water.

After the massive eclectic shock of Olesya, the Russian emergencies ministry issued a warning. Several fatalities due to electric shock were recorded in the U.S., and Olesya's tragedy was the latest among the incidents.

The Russian emergency ministry's work says that the tragedy reminds [the residents again that water and any electrical appliance connected to the mains are "incompatible." it added that the same applies to any mobile phones. The worst thing is its failure if a person drowns a smartphone. However, when it is connected to a network, there will be consequences with negligence.

Recently, The Sun reported an 8-year-old child who suffered an electric shock after touching an exposed piece of metal on the Christmas decorations in the Brazilian state of Goias, the municipality of Caldas Novas. In late November, Julia Honoria Franco and her family visited Mestre Orlando Square for the Christmas light switch.

Julia posed sweetly in front of the fountain as her mother took pictures before she ran around and played with her siblings. The poor girl touched the deadly decorations. She was unaware that a faulty wire had the entire installation live and was only suppressed when Julia accidentally touched the exposed wire.

Initially, Julia was revived at the scene by bystanders after she was struck by the Christmas decorations' massive electric shock. But after being rushed to the hospital, Julia died afterward.

Rejany Honoria de Almedia, Julia's mother, said that a supposed family bonding had become a tragedy. Rejany described Julia as being so happy when they played close to a metal structure that was a tunnel of lights, where Julia put her hand inside and got stuck in there.

The heartbroken mother recalled her husband picked Julia and called the ambulance. The girl was taken to the hospital but had a severe heart attack and was taken by God.

Julia and her siblings love singing in Church and dreamt of becoming a veterinarian, Rejany said.