A COVID relief package worth $916 billion was proposed by the White House, including $600 stimulus checks. 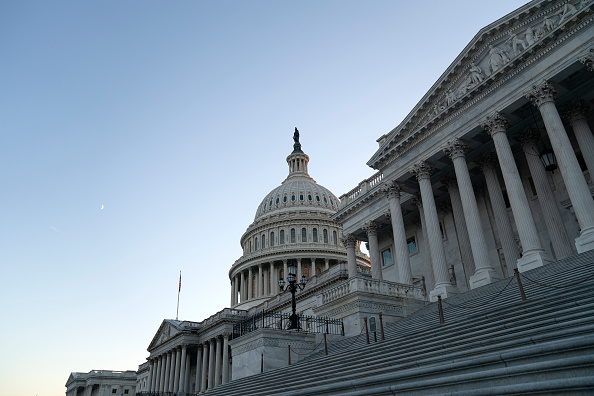 (Photo : Stefani Reynolds/Getty Images)
U.S. Senate Opens For Business As Coronavirus Relief Package Talks Continue WASHINGTON, DC - OCTOBER 21: The U.S. Capitol is shown on October 21, 2020 in Washington, DC. The White House is hoping to reach a deal on a COVID-19 stimulus package in the next two days, after Senate Democrats blocked a $500 billion bill Wednesday afternoon.

As the pressure mounts to pass a new relief bill before Christmas, a group of bipartisan senators works on a stimulus package around the same size. However, the proposal would not extend additional unemployment benefits introduced early in the COVID-19 pandemic.

According to The Sun, lawmakers were in a stalemate over the size for the next stimulus bill for several months, next to the $2.2 trillion CARES act passed in March. Democrats have backed packages of up to $3 trillion, but the Senate Republicans proposed much smaller options.

Mnuchin said the proposal had been reviewed

After talks with Democratic House Speaker Nancy Pelosi, Treasury Secretary Steven Mnuchin said in a statement released that he had presented a billion with a total amount of $916 billion.

Mnuchin explained that the stimulus package includes money from local and state governments and strong liability protection for schools, universities, and businesses. President Trump and Senate Majority Leader Mitch McConnell have reviewed the proposal, he added.

The previous proposal worth $908 billion has improved its price, and a group of lawmakers from both parties is currently working on it. The stimulus bill does not have a stimulus check. However, it would provide a much smaller relief payment of $600 per individual plus $600 per child dependent.

On the other hand, the CARES Act provided $500 for each dependent and $1,200 stimulus checks for each eligible American.

Read also: Your Second Stimulus Check Might Be Smaller with These Situations

As per Newsweek via MSN, Mnuchin said he made the offer to House Speaker Nancy Pelosi on Tuesday afternoon.

In a statement, Mnuchin said that he and Pelosi spoke, and on behalf of the President, he presented a $916 billion relief proposal. The Treasury Secretary did not elaborate on the details of the plan. House Minority Leader Kevin McCarthy told Bloomberg the COVID relief proposal has a $600 direct payment for Americans and $1,200 for couples, which is half the payment delivered by the CARES Act in March.

In a joint statement, Pelosi and Senate Minority Leader Chuck Schumer rejected part of the stimulus proposal that included reduction for unemployment benefits, saying that it is "unacceptable."

The statement said, "The President's proposal starts by cutting the unemployment insurance proposal being discussed by bipartisan Members of the House and Senate from $180 billion to $40 billion. That is unacceptable."

The White House proposal extends two other expiring unemployment programs; one for workers who have exhausted their 13 weeks of standard benefits and one for gig workers, as per Bloomberg.