Chief economist at the National Economic Council, Joseph LaVorgna, suggests the White House is not in a rush of releasing the second stimulus package. 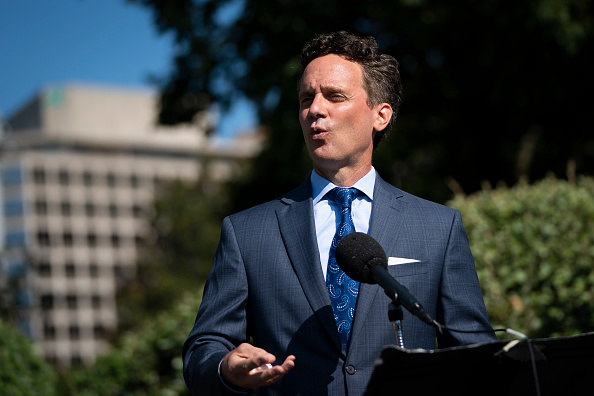 As jobs reports said that over 10 million Americans remain unemployed, LaVorgna said the White House is not in a rush in passing the second round of stimulus. On Friday, the U.S. The Bureau of Labor Statistics said that the country added 245,000 jobs in November. The figure is far lower than the projected 460,000 added jobs and shows that economic recovery has stagnated.

In an interview with Yahoo! Finance, LaVorgna said that the numbers don't mean an urgency for the second round of stimulus package.

LaVorgna said, "The White House has, as you know, wanted to do an assisted plan for those people hurting for some time. And that's why the president took a variety of executive order actions this past summer."

He added that people definitely need assistance. They would like to get the unemployment rate to where it was pre-pandemic when it was at a 50-year low as many people were surprised at the downside.

"So there are negotiations going on. We don't believe the recovery at the moment is in jeopardy," LaVorgna explained.

According to Business Insider, the COVID-19 pandemic roiled markets and forced millions into unemployment as local businesses shut down nationwide to curb the spread of the coronavirus. In November, the Labor Department recorded 10.7 million unemployed Americans. According to the Labor Department report, almost 14.8 people said that the health crisis was the reason for their unemployment.

In October, Fed Chair Jay Powell said in a speech about the need for a stimulus, "Too little support would lead to a weak recovery, creating unnecessary hardship for households and businesses." This statement contradicted LaVorgna's remarks.

Meanwhile, Powell warned that the economy's recovery from the devastation brought on by the pandemic might stall if the stimulus package does not make it through the Congress.

On the other hand, House Speaker Nancy Pelosi expressed disappointments with the jobs reports and said, "further necessitates our taking action to crush the virus, to open up the economy and to open up our schools."

The Congressional Democrats took the most significant step toward a deal as they backed the $908 billion stimulus proposal earlier this week. Compared to the multi-trillion-dollar package House Democrats initially pushed, Congressional Democrats' revised proposal was a considerably modest price. However, there is no $1,200 direct payment included in the proposal.

Senate Republicans such as Chuck Grassley and Lindsey Graham expressed their support of the $908 billion proposals.

Business Insider reported that Biden said that the latest $908 billion stimulus package "would be better" if it included a second round of direct payments for most Americans. He added that the primary purpose of the stimulus is to make sure people won't lose their homes, be thrown out of their apartments, and have unemployment insurance to continue feeding their families, and the economy grows back.