Uber is selling its autonomous vehicle unit to startup Aurora as a strategic plan to shift its own self-driving car. 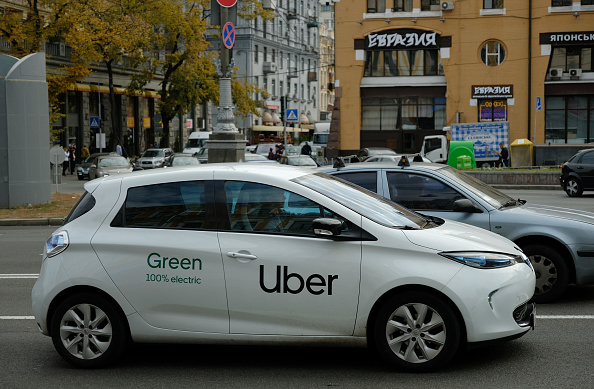 On Monday, Uber announced selling its Advanced Technologies Group to Aurora startup for about $4 billion, as the ride-hailing giant struggles with the COVID-19 pandemic's impact on its core tax business.

According to the Washington Post, Uber executives long-pointed to the company's future that could automate its fleet and removes a massive portion of the costs that will help Uber prevent profitability.

On startup Aurora, Uber will also invest $400 million as part of the deal, Business Insider reported. The move seemed to be the same when Uber offloaded its Jump bike division to Lime. Aurora and Uber have not yet disclosed the total price tag for the deal.

Not everyone knows, Tesla company seemed to be one of the inspiration behind the selling of the unit to Aurora.

According to Forbes, the car startup is actually led by Sterling Anderson, a former Tesla Autopilot head. He will be joined with Aurora CEO Chris Urmson and also former head of Google's Self-Driving Car Project.

When it comes to research and development, self-driving technology is known to be expensive. In 2019, Uber's ATG brought at $42 million in revenue. However, it contributed to almost $500 million in EBITDA losses. The company also turned to outside investors to shore up the unit's expenses, so it sold a $1 billion stake to Softbank, Toyota, and others, as per Tech Crunch.

In a press release, Uber CEO Dara Khosrowshahi said, "Few technologies hold as much promise to improve people's lives with safe, accessible, and environmentally friendly transportation as self-driving vehicles." Khosrowshahi will join Aurora's board as part of the acquisition, according to Business Insider.

He added that their phenomenal team at ATG has been at the forefront of the effort for the last five years. The team will be joining Aurora and will be in the pole position of delivering a promise even faster.

Last week, Axios reported that Uber had been in talks with Joby Aviation to sell Elevate, Uber's flying-taxi project, in a separate deal.

During the COVID-19 pandemic, Uber heavily shelled out to branch into new markets, which had a disastrous effect on its core ride-hailing business, as per Business Insider. The company bought Postmates in a deal worth $2.65 billion and acquired Cornershop, a Latin American grocery-delivery firm.

Uber was sent shares of more than 73% as investors were impressed with its moves this year, which surpasses Uber's first public offering trades to excel in benchmark market indexes.

According to FT, Uber's deal with rival Aurora brings an end to the most ambitious attempts to develop autonomous vehicles. However, Uber's effort was ruined by a tragedy in 2018, when a woman was killed in an accident involving one of Uber's cars in Arizona.

Besides, Uber's investors pressed the company to focus on its core car-booking business for profitability. Uber will also transfer 1,200 employees to Aurora, which currently has 600 staff.

Aurora would have a $10 billion market cap

After a $530m investment in 2019 led by Sequoia, Aurora was valued at 2$2.5 billion and could have a quadruple valuation to $10 billion with its deal with Uber. A trio of executives who played crucial roles in founding the self-driving programs Tesla, Google, and Uber founded Aurora, known for its strong financial backing. But its strategy faltered as early partners Hyundai, Volkswagen, and Fiat Chrysler backed technology from Aurora's rival.