Meet Luminar's Founder, the Newest and Youngest Self-Made Billionaire at 25

A 25-year-old CEO founded his company and became a billionaire after taking the firm public. 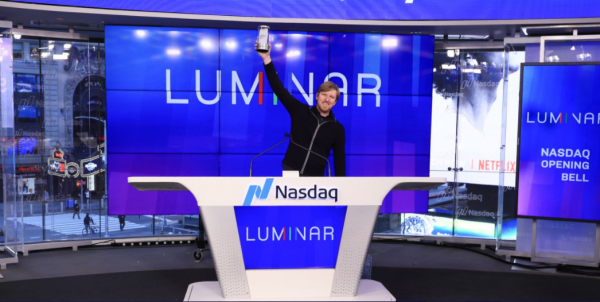 Austin Russell was only 17 years old when he became the CEO of his own company. He saw his stake in Luminar Technologies soar and had a worth of about $2.4 billion after taking the lidar sensor technology company public on the Nasdaq exchange.

On Thursday, Luminar soared and made Russell the world's youngest self-made billionaire, as per Forbes.

"I'm still relatively young. But a lot of sweat, tears, and blood have gone into it. I was fortunate enough to retain a good enough stake," Russell told Forbes.

Russell is private and does not have any public social media accounts, unlike Kylie Jenney, who made herself a billionaire at 21. Russell is building a house in Atherton, a wealthy suburb of San Francisco, as per the public records.

At the age of 13, Russell filed for his first patent and invested in an underground system to recycle sprinkler water for gardening. Austin spent his teenage years at the University of California at Irvine's Beckman Laser Institute instead of high school, according to Daily Mail.

Stanford accepted Russell to study physics, but he dropped out to receive a $100,000 Thiel Fellowship stipend for his lidar plan, then he founded Luminar. The young billionaire was old enough to drive to create a safer navigation system for self-driving cars.

Luminar is made up of a lidar sensor that helps vehicles give a three-dimensional view of the road through laser ranging equipment. Its system works by bouncing lasers off to a nearby object and measuring the reflections to build a detailed 3D image of the surrounding.

Luminar technology is the same as radar, but it uses radio waves instead of lasers. Through a merger with Gores Metropoulos Inc., Luminar became public. The company raised $590 million from the union, while SPAC, a shell company that uses proceeds from an IPO to get a private company, became an alternative path to public markets.

On the first day of trading, Luminar shares rose more than 30% after becoming the second Silicon Valley company that went public while delivering a key sensor for self-driving cars.

Besides, Luminar is one of the three lidar makers that choose SPAC instead of the traditional IPO to rout public markets. In September, Velodyne Lidar Inc became public, and Aeva Inc said last month that it plans to go public through a merger, InterPrivate Acquisition Corp.

The three companies are vying to supply carmakers with a sensor that will help add autonomous driving features.

In an interview, Russell said that Luminar has nine advanced development deals with automakers, which means automakers have begun customizing their software to work with the company's sensor.

Luminar was given billions of dollars long-term revenue projections. However, those depend on its turning research relationships in the production deals. In 2019, Luminar's revenue was worth $12.6 million. It had a net loss of $94.6 million in the same year. The company has estimated its revenue to $15 million and an operating loss of $72 million.