5 Lottery Winners Who Went Broke and Became Miserable After Winning

Amid the COVID-19 pandemic, many have been struggling financially, and some put their hopes in the Powerball jackpot. Lottery players across the country hope that their dream would come true if they won the prize. 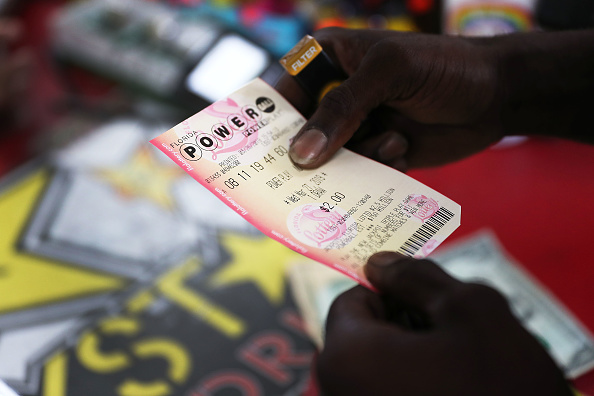 (Photo : Joe Raedle/Getty Images)
Powerball Drawing On Wednesday For 750 Million Is One Of The Biggest Jackpots In Game's History BOYNTON BEACH, FLORIDA - MARCH 26: George Hollins buys a Powerball ticket at the Shell Gateway store on March 26, 2019 in Boynton Beach, Florida. Wednesday's Powerball drawing will be an approximately $750 million jackpot which would be one of the biggest in US lottery prize history.

It is very tempting to buy a ticket nowadays, but it is almost certainly not worth it for others. Everyone thinks that winning the lottery will solve all of life's problems, but it won't.

In 1988, William "Bud" Post won $16.2 million in the Pennsylvania lottery, but he had a debt of $1 million in the same year. Post said he wished he never won the lottery as it became a nightmare for him.

Bud's brother was arrested for allegedly hiring a hitman to kill him and hopes to inherit a share of his winnings. At the same time, William's ex-girlfriend sued him for a third of his winnings.

According to The Washington Post, Willian sank into debt after sinking money into family businesses. He spent his time in jail after he fired a gun into the head of a bill collector. "I was much happier when I was broke," William said. Until his death in 2006, Bud lived quietly with $450 per month and food stamps.

Marty Tott and his wife Kay missed out claiming a $5 million lottery after losing their ticket. Camelot Group, the company that runs the UK's national lottery, conducted a seven-week investigation that convinced officials of their claim to the winning ticket.

However, there is a 30-day time limit on reporting lost tickets, whereas the company was not required to pay up, the jackpot became the largest unclaimed winning prize since the lottery began in 1994.

Meanwhile, Kay Tott told The Daily Mail, "Thinking you're going to have all that money is really liberating. Having it taken away has the opposite effect. It drains the life from you and puts a terrible strain on your marriage. It was the cruelest torture imaginable."

In less than a decade, Tirabassi was back in her old life when she was riding the bus, living in a rented house, and working part-time. Sharon told The Hamilton Spectator that she had fun initially, but it's like, back to life.

However, Tirabassi made one great decision when she won the lottery. It is putting some of her windfall in trusts that her six children can claim when they turned 26.

Read also: The Adverse Effect of Remote Work in a Company Culture

Evelyn Adams has a doubled fortune as she won the lottery twice, in 1985 and 1986. Adams won $5.4 million, but reports claim that the New Jersey native gambled it away in Atlantic City.

Adams also told The New York Times that the publicity she received in 1993 took her to a bombardment of financial assistance requests. "I was known, and I couldn't go anywhere without being recognized."

In Canada, Gerald Muswagon won the $10 million Super 7 jackpot in 1998. However, according to Canada's Globe and Mail, Muswagon couldn't manage the instant fame brought by winning the grand prize.

The Globe and Mail reported that Gerald bought several new cars for himself as well as for his friends and purchased a house he made a nightly 'party pad' where he and his friends often celebrate his new lifestyle with lots of drugs and alcohol. "In a single day, he bought eight big-screen televisions for friends."

Eventually, Geralf was forced to take a job and do the heavy lifting on a friend's farm to make ends meet. In 2005, Muswagon hanged himself in his parent's garage, as per the media reports.