Without Stimulus Money, These Essential Programs Will Evaporate

These crucial programs would go away on December 31 if Congress doesn't approve more stimulus money. 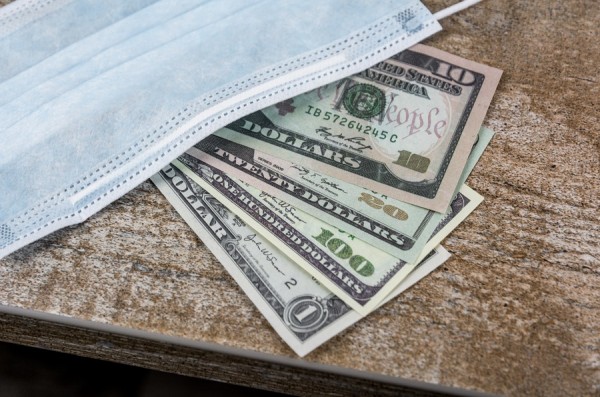 As the presidential election is now over, one major dilemma is that Joe Biden, the next President of the United States, is getting more stimulus money for his plan to fight for the U.S.economy.

According to CNET, programs made through the CARES Act in March, including the $600 weekly unemployment benefits and the $1,200 stimulus check, will expire on December 31, unless there would be another stimulus bill to pass.

On November 5, Jerome Powell, chairman of the Federal Reserve, acknowledged that Congress could approve stimulus funding. However, he said, "We'll have a stronger recovery if we can just get at least some more fiscal support."

Along the party lines, the size of another stimulus bill and how soon it could pass were contested. Republicans, led by Senate Majority Leader Mitch McConnell, urges a smaller bill with less funding.

On the other hand, the Congressional Democrats, led by House Speaker Nancy Pelosi, want a larger package with more programs.

Read also: Billions of Dollars in COVID-19 Relief Loans May Have Been Granted to Fraudsters, Report Finds

It is still unclear if the future Senate proposal would include the next round of stimulus checks for individuals, families, or more unemployment aid. Here are the critical programs that are set to end until more stimulus money arrives, as per CNET:

The Pandemic Unemployment Assistance program (PUA) is an initiative of the CARES Act that provides economic relief to those who are not typically qualified for unemployment, such as contractors, self-employed, and gig workers.

On December 31, PUA is set to expire. It will be up to the states to determine if they will step in on January 1, 2021, if the federal government doesn't extend the program.

Each state manages unemployment insurance benefits. They determine whether a person is eligible, how much they would receive, and for how long they could get the benefits.

The CARES Act extended the benefits from 26 weeks to 39 weeks, though it varies from each state. Those additional 13 weeks given by the federal government will be gone starting on January 1, 2021.

According to the Center on Budget and Policy Priorities, several states have backfilled the void independently, including increasing their benefit period up to 59 weeks. Meanwhile, Utah, Alabama, and Arkansas haven't taken any action to leave unemployed Americans without assistance as the new year begins in those states.

Unemployment benefits of $300 per week

Trump signed an executive order paving the way for a $300 weekly bonus when it expired on July 31. The program was extended for six weeks, expecting the Congress would soon pass another stimulus bill.

The six weeks of extra funding have exhausted most states as the relief package has not happened. The $300 bonus provision will expire on December 27 and is expected to sunset unused as per the President's memo.

Protection from evictions for not paying rent

By only focusing on homes backed with federal mortgage loans or households that received a kind of federal funding, the CARES Act has provided limited protection on evictions.

In September, the protections were expanded by the Center for Disease Control, called for an end to evictions for failure to pay rent. The order of the agency covered more households, including 43 million homes with renters. However, it also will expire on December 31.

Students who pay federal student loans received a reprieve under the CARES Act. It gives them the option to defer their loan payments until the end of September 2020.

Trump extended the deferment until December 31. Loan servicers will again be able to charge interest on these loans on January 1, and students may resume paying them off unless the servicers offer another deferment option.

Read also: How 2020 Presidential Election Results Could Impact US Dollar