Lee Kun-hee, the man who built Samsung Electronics into a worldwide powerhouse in smartphones, televisions, and semiconductors, died after spending over six years in the hospital due to a heart attack, the company stated.

On Sunday, the death of Lee was revealed. Lee, 78, grew the Samsung Group is South Korea's most giant conglomerate. He also became the country's richest person. On the dark side, Lee Kun-hee was convicted of tax evasion and bribery. He and the empire he built vilified for wielding huge economic clout, as per Yahoo News. 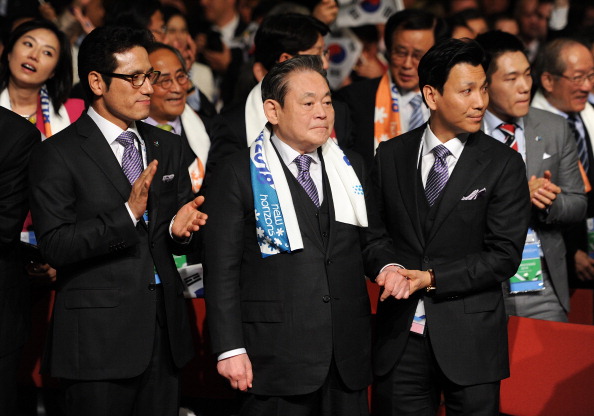 Lee's family also went controversial regarding the dubious transfers of their wealth and opaque governance.

Chung Sun-sup, chief executive of corporate researcher firm Chaebul.com, said that Lee is such a symbolic figure in South Korea's rise and embrace of globalization. Chung added that so many Koreans would remember Lee's death.

In 2019 revenue, Samsung Group affiliates' 326.7 trillion won/ $289.6 billion. It was worth about 17% of South Korea's gross domestic product, as per Reuters calculation and Fair Trade Commission data.

The conglomerate said that Lee Kun-hee died with his family by his side. Lee's son Jay Y. Lee, vice chairman of Samsung Electronics, walked into the Samsung Medical Center, where a memorial was being held, wearing a face mask at around 5 PM (8:00 GMT). A sign said that the location for the memorial was limited to 50 people only.

Samsung could be shaken up after chairman Lee Kun-hee's death

Amid reports that Lee's heirs could be forced into asset sales or dividend payments, shares in several Samsung affiliates rose. The speculation says that it is to pay a massive inheritance tax bill.

According to BBC, Lee's heirs face billions in taxes from the former chairman's share assets, analysts say. That includes Lee Jae-Yong's scandal-struck. Lee Jae-Yong is his 52-year-old son who has managed the sprawling South Korean technology group since 2014.

In 2015, Lee Jae-Yong was twice accused of fraud for his questionable role in a merger deal at the tech giant and is still awaiting trial.

Korea's inheritance tax rate is one of the world's highest, at 50%. Potentially, a premium could be added to shares if the deceased has a controlling interest in a company.

The inheritance tax rate of Korea is one of the world's highest at 50%. A premium can be added to shares, taking the top rate to around 60% if the deceased has a controlling interest in a company.