COVID-19 has exposed many countries and their respective economies to catastrophic situations. In such turbulent times, security becomes a top priority, with many wealthy individuals already flocking to secure second citizenships to ensure their ease and freedom  of movement. A global pandemic may be a once in a century event, but smaller-scale disasters occur more often.

In these cases, the surge in wealthy individuals and families seeking safe harbours against all sorts of calamities and other related threats becomes a focal priority. This has increased the value of investing in a second or even multiple citizenships. One of the most accommodating countries for citizenship is the island-nation of Antigua and Barbuda. The Caribbean State has been catching the eye of potential immigrants because of its welcoming and progressive policies. Dr. Dario Item, Ambassador to Spain, Liechtenstein, and Monaco, is all-out in his support for the government's program. "We have been advocating the Citizenship by Investment Programme (CIP) since 2013. It helps Antigua and Barbuda's economy, as well as the potential members of our secure community", he said.

Antigua & Barbuda: one of the most sought-after citizenship by investment programmes

Antigua and Barbuda is not the only country with a citizenship program. However, it is one of the most sought after secondary citizenships in the region. Since 2013, numerous tourists and investors have turned the island-nation into their second home.

The majestic Caribbean State is known to be a stopover cove for travelling luxury yachts. The CIP has allowed interested parties to upgrade their temporary vacations into living within Antigua and Barbuda's perfect weather and scenery.

As if the natural terrain was not enough to coax someone into living in Antigua and Barbuda, there are several benefits in making the majestic islands one's second home.

Antigua and Barbuda is known for its great international relations. This is manifested by its membership with the Alliance of Small Island States (AOSIS) as well as the Small Island Developing States (SIDS) from the regional perspective. It is also a part of the Commonwealth of Nations.

Antigua & Barbuda has a powerful passport which allows its citizens to travel to no less than 150 countries visa-free. In fact, touring the island itself is a vacation on its own. Antigua and Barbuda is home to 365 beaches. It also has a chain of hotels and restaurants that provide a balance between accessibility and untouched nature. 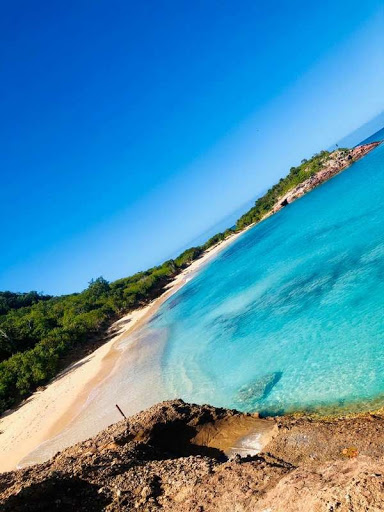 Also, the country has made bold steps to reinvigorate its economy. They have carefully planned and implemented a security protocol that allowed them to re-open their borders to international tourism and travel since June.

This move has proven the country's resilience and its ability to handle the pandemic with only three casualties to date. The administration is also moving towards an improvement in the telecommunications and technological infrastructure to make the Caribbean destination a "Future Island Nation".

These positive steps taken by Prime Minister Browne's administration are fully supported by the country's diplomats, including Ambassador Item.

Dr. Dario Item, an expert in international affairs, considers the government's move as decisive initial steps towards recovery and sustainable development. Ambassador Item also advocates for the citizenship by investment programme (CIP) in his areas of responsibility. "I am very excited to advocate the CIP in Spain, Liechtenstein, Monaco. This allows me to share the blessings and benefits of being a citizen of Antigua and Barbuda, and allow potential citizens to understand the benefits of the programme", according to the diplomat. "Likewise, with the gradual opening of our borders and the continuous effort of our tourism sector, it is inevitable for the country to bounce back."