President Joe Biden has put a stop to the Trump-ordered sale of TikTok by its Chinese owners to US companies Oracle and Walmart. The present administration deemed it best to review first the executive order that strong-armed it. 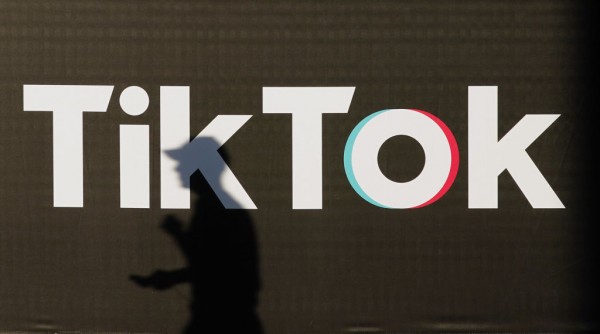 (Photo : Sean Gallup/Getty Images)
BERLIN, GERMANY - SEPTEMBER 21: A young man holding a smartphone casts a shadow as he walks past an advertisement for social media company TikTok on September 21, 2020 in Berlin, Germany. U.S. President Donald Trump has given preliminary approval for Oracle, Walmart and other investors to take over TikTok and create a new U.S.-based company called TikTok Global.

President Biden reportedly stopped a controversial landmark action by his predecessor Donald Trump, who can be remembered to have called it a a threat to national security.

It can be recalled that last year, while the pandemic pushed many to use the sudden excessive time in their hands creating TikTok videos, concerns grew that ByteDance, the Chinese company that owns it, was actually employing it to gather intelligence on its American users.

Trump issued an executive order banning the app in the US, and issued the caveat that ByteDance should sell TikTok to an US-owned company instead.

Oracle then stepped forward to buy it and Walmart joined in later. It must be noted that Oracle is owned by Trump mega-donor Larry Ellison. The Trump administration then quickly affirm that it would endorse said deal.

ByteDance did not like it. The company fought it and filed court papers contesting the executive order. They won the support of three federal judges but before the administration change or before Trump left office, those decisions were appealed.

At present, those appeals are still before the court, as reported by Daily Mail UK.

On Wednesday, The Wall Street Journal cited anonymous sources saying the entire deal had been put on hold because the present administration still want to review all the national security information that triggered the events in the first place.

Insiders did not indicate whether Biden's team plans to reverse the executive order completely or whose side the present administration supports. If the sale does not push through, analysts claimed Biden may just call for the imposition of limits on how the app collect data. This sounds logical for some compared to completly banning it or forcing it to sell itself to US firms.

Neither Walmart nor Oracle has commented on the alleged development on these events. Even before this Wall Street Journal report, both companies have already been quiet on the details of the forced sale for months.

As to whether TikTok was truly gathering information of their American users, the company has already denied it repeatedly.

American TIkTok users themselves, do not understand why the government wanted to ban it.

On August 2020, Trump, while reportedly acting on the suspicion that it did pose a risk - ordered the company to stop operating in the US, many teenage influencers using the app criticized the move.

By the time also, most of them had already started making thousands of dollars per video. Their number cannot be underestimated since at the time, American TikTok users were already as high as 100million.