They are truly getting younger and younger. Can you imagine a kid, earning thousands of dollars through stocks? 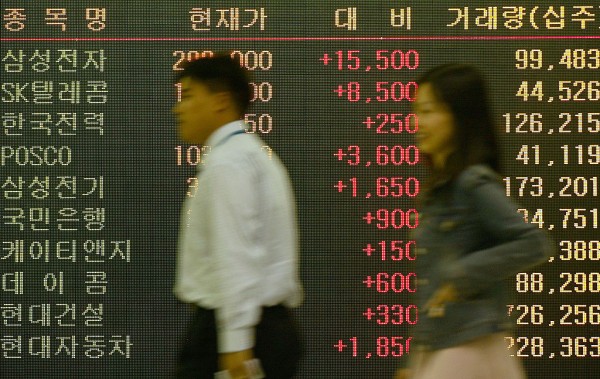 South Korean Kwon Joon no longer finds playing or watching television as much fun as trading stocks. After watching the business news first thing in the morning, he monitors his stocks. While the world grapples with the COVID-19 pandemic, Joon entertained himself by making money - lots of it.

Kwon allegedly pestered his mom to open a retail trading account last April, with savings of around 25 million won, which is roughly $22,400 when converted.

It coincided with a time when the benchmark KOSPI Index started to recovers from its biggest dip in the past ten years, as reported by Reuters.

Like a kid he truly he, he was optimistic and took what experts said in face value.

"Rather than short-term focused day trading, I want to keep my investment for 10 to 20 years with a long-term perspective, hopefully to maximize my returns," the kid wisely shared.

South Korea's rookie investors, which include Kwon despite his very tender age, are those who pursues "value investing" in blue chip shares with funds garnered from gifts, trading mini-car toys and eve running vending machines. Yet, their value and contribution to the stocks game cannot be discounted. For one, they have led the blistering rise of retail trade amid the coronavirus pandemic.

More retail investors in South Korea are now teenagers or even younger, accounting for as high as two-thirds of the total value traded in the nation's shares, versus just less than 50% back in 2019.

The trend has grown exponentially as equity markets attract the parents disillusioned with the education system and millennials who are always online, working from home.

Some parents have became so disillusioned with the educational system that they even wonder if a college degree is of value.

I wonder, in this day and age, whether a college degree would be all that important," said Kwon's mother, Lee Eun-joo, who fuelled his passion by looking to expose him to the business world as early as now.

Kwon, with more time on his hands than ever because of schools' closures last year, did not bother playing or being bored, just like most of his peers. Instead, he drew up a wish list of purchases, which he all made during market corrections.

Included in the purchases he mare were South Korea's largest messenger app operator Kakao Corp., the biggest memory chip maker Samsung Electronics Co., and Hyundai Motor. These companies would not even be familiar to most kids in the past.

Even Kwon seems to find higher education no longer as necessary as it was in the past, when the end game is about earning money and living the life one chooses.

"Rather than going to good schools like the Seoul National University, I'd rather become a big investor," he said. "I also hope to do a lot of charity work."

READ MORE: 2021's Worst Money Mistakes You Can Make With Your Salary