For a while, Reddit's WallStreetBets community was at the center of a massive war between large Wall Street investors and small-scale social media speculators. The war actually led to its subreddit being locked and then even hidden, to the charging of so many fans. 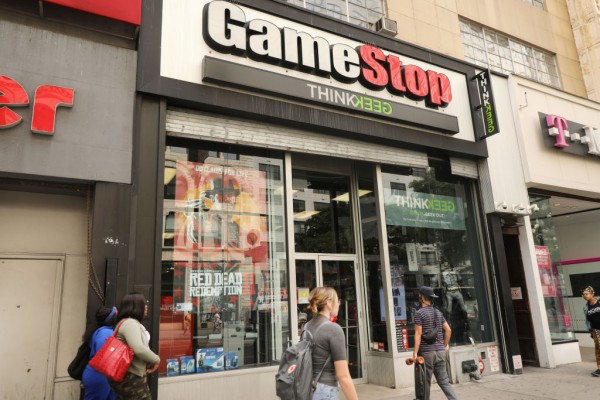 (Photo : Spencer Platt/Getty Images)
NEW YORK, NEW YORK - SEPTEMBER 16: People pass a GameStop store in lower Manhattan on September 16, 2019 in New York City. GameStop has announced that they will be closing between 180 and 200 stores before the end of the fiscal year due to a drop in sales.

But an hour later, it went live once more. And as a testament of how affected the public was over the subreddit being locked, everyone went positively wild when the subreddit returned, as a reported by CNET.

Meanwhile, as all of these happen, chat app Discord has banned WallStreetBets outright - making tuners to all these drama even more intrigued.

This intrigue has a substantial impact, since investors actually felt spooked. Some of them decide to dump their shares while others decided it must be the time to buy. As a result, AMC and GameStop stocks swing as wildly as the drama unfolds.

According to Discord, "Today, we decided to remove the server and its owner from Discord for continuing to allow hateful and discriminatory content after repeated warnings."

Discord rejected the accusation that the ban is the direct result of all the talks of finances or stock that took place among WallStreetBets users.

Elon Musk, is one of those who said the move by Discord is "corporate." The CEO of Tesla who himself helped drive attention to all these GameStop stock madness, tweeted a message that implied he was disappointed with Discord's move.

Shortly after the controversy started, GameStop and AMC stock dropped dramatically in after-hours trading.  They have already recovered somehow, and the group has even tried to form a new community on Discord.

Interestingly, these mindboggling moves are taking place in the middle of one of the most dramatic weeks on Wall Street in years.

But because of the Discord ban and the Reddit community intentionally went on a lockdown, tables somehow turned.

GameStop shares fell 32% in the after-hours trading on late Wednesday - plummeting to just $218.32 per share. During the day however, the share prices already more than doubled. The same up and down trend was observed of AMC. AMC shaes fell by over 40% to $11.90 per share, when it already closed at $19.9.

During the day, it had already risen by over 301%.

Analysts however warned that all these trends for GameStop and AMC cannot be trusted. They claimed that these are the result of the quirks of the market and not because of actual increased in the value of both companies. GameStop is reportedly struggling already and AMC even said it was nearing bankruptcy late last year.