Second Stimulus Checks: Everything You Should Know Today

American households will receive their second round of stimulus checks very soon as Mnuchin said the government would start sending those out on Wednesday. Therefore, eligible Americans would receive those within the next two weeks, as per Fox Business. 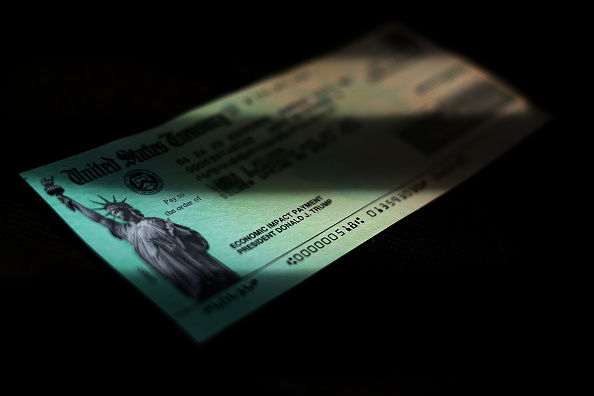 (Photo : Chip Somodevilla/Getty Images)
Stimulus Checks With President Trump's Name Sent Out To Americans WASHINGTON, DC - APRIL 29: U.S. President Donald Trump's name appears on the coronavirus economic assistance checks that were sent to citizens across the country April 29, 2020 in Washington, DC. The initial 88 million payments totaling nearly $158 billion were sent by the Treasury Department last week as most of the country remains under stay-at-home orders due to the COVID-19 pandemic.

Congress is running out of options if they pass a second stimulus check amounting to $2,000, despite the vote on Monday. The standalone amendments are harder to pass, especially with days left in the current Congress term.

The House of Representatives will vote Monday to raise the $600 per-person stimulus check ceiling, but it's uncertain if the increase would succeed in the Senate. Now that Trump at the very last minute has signed the economic relief bill, here are everything you should know today, according to CNET via MSN:

The figure would be based on your tax status and on the sliding scale-like, which gives you the full amount to a specific income limit. Then, a partial payment up to the amount set beyond that. You would not be eligible for any amount after receiving a certain amount. But the $600 upper cut-off limit is half the first check, which lowers the income ceiling to get a partial check and obtain any check.

Your kids could count for more money than the first round

The $900 billion economic relief bill changes the amount of money you would get for child dependents; a flat rate of $600. This payment is different from the variable rate set for an eligible adult. The first direct payment is an increase from $500 per child dependent 16 years or younger. The latest bill signed has no cap on the number of children 17 and under that will contribute to the household's total.

The IRS could deliver the first payment wave within a week

.The IRS was tasked to make online registration and payment tracking tool with the first check. Besides, the federal agency is responsible for the payment schedule for more than 160 million Americans. It took 19 days before the IRS delivered the first wave of payments.

But this time, the tracking tool has been made, and the system is in place. Therefore, the first stimulus deliveries could take a week after the bill was approved. On December 21, Treasury Secretary Steven Mnuchin said those with banking information on file with the IRS would get their checks faster.

According to CNBC, Mnuchin said that the good news is, direct payments are a fast way of getting money. He added, "Let me emphasize: People are going to see this money at the beginning of next week." If Trump does not sign the bill, the promise would not be real.