A Florida man spread good vibes by paying the utility bills of 114 families to help them prevent their services from shutting down for the 2020 holiday season.

A businessman gave back to the community amid the pandemic 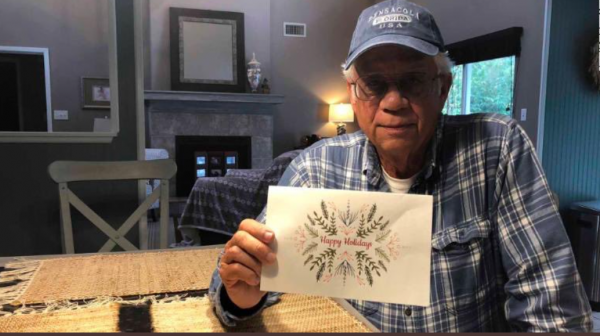 (Photo : @MunaNawabit1/Twitter Screenshot)
Spreading Good Vibes: Man Pays Utility Bills of 114 Families #HowToGetOffTheNaughtyList Be more like this Florida man, Michael Esmond, that paid utility bills for 114 families that were facing disconnection and help others in need in whatever way you’re able to.

According to Radio.com, Michael Esmond is a businessman and has always been doing good deeds by giving back during holidays. In 2019, Esmond paid utility bills for 36 families in Gulf Breeze, Florida, Fox News reported.

The Florida man owns Gulf Breeze Pools & Spa near Pensacola. He donated $7,615 this holiday amid the economic struggles that the community faced because of the COVID-19 pandemic and the damage from Hurricane Sally.

Esmond said that their area is a prominent vacation place, and this year's summer was devastated. No one has expected a lot worse situation for some families than what they had last year. The pandemic, as well as mother nature, threw the coup de grace with Hurricane Sally as per Esmond.

The Florida man wants to ensure people are not stressed during the holiday season as many of them are financially struggling. The city's utility billing officer Joanne Oliver explained that the money would go toward the bills of the customers who were 60 days late for their water, gas, and sewer utilities. Joanne also said that the balance left would help people who are 30 days late due.

"We don't ever do cut-offs near a holiday. If Christmas falls on a cut-off day, we're not cutting people off. It will get delayed until the following week," the city's utility billing officer said.

Esmond also helped his neighbors to pay their bills by donating $4,600 last Christmas. The father of three shared that he experienced financial struggles in 1983 and was also worried about meeting the deadline for his bills.

The Gulf Breeze has received several anonymous donations with a total of $2,050 to cover other citizens' utility bills.

Hundreds of thousands of customers fall behind paying utility bills

More than 90% of commercial users and hundreds of thousands of customers fall far behind paying utility bills than last year, as per NJSpotlight. In New Jersey, consumers and small businesses will pay back accounts of more than $442 million in mid-October arrears.

The New Jersey Board of Public Utilities (BPU) was urged by the Division of Rate Counsel and consumer advocates to suspend new rate increases in the utilities until after the COVID-19 pandemic ends. The unemployment rate surged due to the health crisis, which affected a considerable downturn in the economy and left the public struggling to balance where to spend their dwindling income.

Some utilities have some consensus that a one-time COVID-19 arrearage forgiveness program is needed to cope with the problem, but where the money will come to fund such effort is hardly resolved.