The Department of Education announced that student loan payments and collection freeze are extended through January 31, 2021. 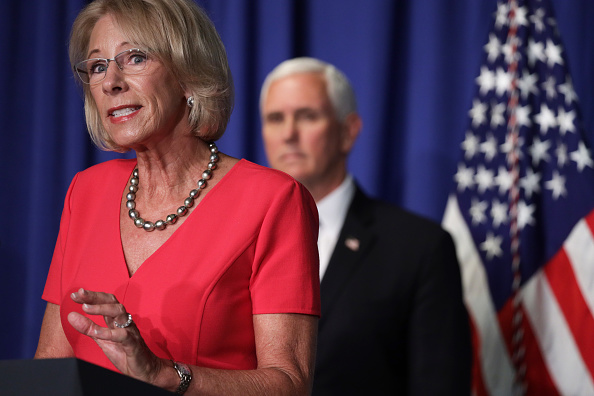 According to Market Watch via MSN, Secretary of Education Betsy Devos announced that the coronavirus-era freeze on student loan payments is extended on Friday.

The measure was initially set to expire on December 31, freeze payments and collections on several federal student loans.

During the freeze, interest rates on debt are set to 0%, with the measures to remain in place until January 31, a news release indicates.

The office of Federal Student Aid, a Department of Education unit that manages student loan programs, is working with student loan companies to inform borrowers that the payment pause has been extended, said the release.

Borrowers, student loan companies, and advocates increasingly grew concerned over the past weeks regarding the prospect of turning the entire student loan system back amid the economic fragility.

Read also: Here's How You Could Refinance Your Rental or Investment Property

At the same tone, the initial date presented specific changes such as payments would resume on the holiday season's heels. When borrowers wouldn't spend much time with paperwork involving signing up for manageable student-loan repayment plans and facing additional pressure on their budget.

Moreover, there is a possibility that the government would resume collecting student loan payments on January 1.

However, the Biden administration would reform that payment freeze after taking office on January 20, which will create a slew of confusion and administrative issues.

With Friday's announcement, the question if borrowers will have to resume payments punted another month, amid news that stimulus talks gain momentum.

In October, a coalition of consumer, civil rights, and student organizations asked DeVos to extend the payment pause through September 2021, she wrote. DeVos said in a statement when the extension was announced that the approach to student loan relief must rest with Congress.

Advocates and some Democrats have been urging Biden to cancel some student debt over the past few months, claiming that the executive branch has the legal rights to do so. Earlier this week, DeVos criticized the argument regarding student debt forgiveness, calling it "wrong."

According to Newsweek, some progressive Democrats encouraged Biden to eliminate a more significant amount of student debt. Massachusetts Senator Elizabeth Warren and Senate Majority Leader Chuck Schumer called for the incoming Biden administration to eliminate up to $50,000 in student debt, as per an op-ed published on Blavity on Friday.

Meanwhile, president-elect Joe Biden has yet to publicly declare if he would make the suggestions made by Warren and Schumer or remain to his original plan.

Read also: Student Loan: Do You Think You Owe $1.6 Trillion Debt? Here's How to Know