7 Biggest Trends in US Job Market Amid the Coronavirus Pandemic 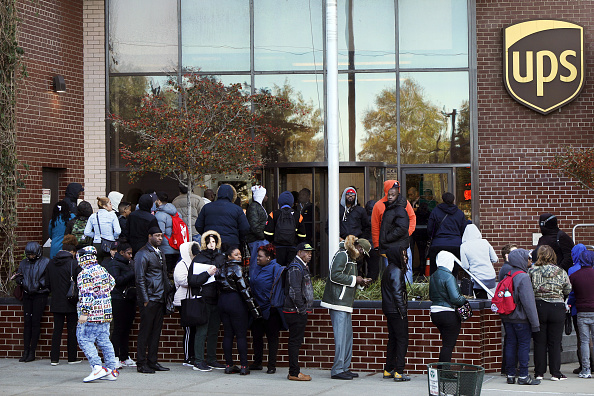 (Photo : Spencer Platt/Getty Images)
October Jobs Reports Shows Strong Hiring Market In U.S. NEW YORK, NEW YORK - NOVEMBER 01: People wait in line for a job fair at a United Parcel Service (UPS) facility on November 01, 2019 in New York City. The October employment report, which was released on Friday, showed that the American economy is still robust with 128,000 new jobs created in October. The unemployment rate inched up to 3.6% from 3.5%, the lowest unemployment rate since 1969.

The U.S market and economy are now in a very unusual recession due to the novel coronavirus pandemic. The fallout from the coronavirus continues. However, here are the biggest trends in the U.S.job market, according to Forbes:

Between February and April, over 22 million jobs were lost, while 52% of lost jobs were recovered between May and August. However, data suggest the revival is slowing in September and October. The U.S.employment is still below 11 million on the pre-pandemic level. In September, the unemployment rate dropped to 7.9%.

The labor market has not behaved compared to its usual act when unemployment is very high. Finding qualified workers is difficult, the quit rate is high, and it is less struggling to find a job.

Many people listed as unemployed have three reasons why they are not actively looking for a job: they are furloughed and expect to regain their position. Second, some workers receive large amounts of unemployment benefits.

Lastly, the large unemployment benefits may have reduced the workers' incentive to get back to work. So the share of unemployed seeking employment is much smaller than usual, while the number of unemployed workers is historically high.

According to CBS News, in 2007, the labor force participation rate was around 66% before it fell to 62.7%. Some economists think that the expansion of disability programs, as well as food stamps, keep people out of the labor force. Simultaneously, others say that young individuals are dropping out due to going to college and partly because they are not getting crowded out of a job.

Consumptions of goods declined while consumption of services barely dropped. Most job losses were in service industries, but spending on goods is booming, especially in leisure-related goods. That's why employment growth is better than average in production, transportation, selling of goods, and storage industry.

Retail is an exception, as some retail industries experienced a large employment drop associated with an accelerated shift to online shopping.

5. A k-shaped recovery is playing out in labor metrics

Low wage earners are disproportionately suffering financial and job losses from the coronavirus pandemic compared to better-paid employees, as per Business Insider. Entertainment, hotels, and restaurants have been hardly hit by the virus that commonly employs hourly workers.

During the congressional testimony, Federal Service Chairman Jerome Powell said in June that low-income households experienced "the sharpest drop in employment" with Hispanics and Black Americans, and women who experience far more significant losses in the workforce.

After eight months, most employers' perception is that remote work doesn't harm workers' productivity and perhaps even improved it. That's why a growing share of employers expect a permanent shift to remote work and are willing to hire 100% virtual workers anywhere, even if it's outside the U.S. The endless rise of remote workers is so far the biggest economic legacy of the coronavirus pandemic.